The first snow last year was Dec 7th.  This morning, we awoke to this :

It’s more than two weeks earlier than last year.  Friends who have been here longer than us are saying things like “It’s very early” and “I’ve never seen snow this early before!”  I’m just hoping it’s not an early warning for an extra severe winter.  Gulp.

I’ve been looking at the late roses in the garden for the last week or so.  Maybe I should have picked them… 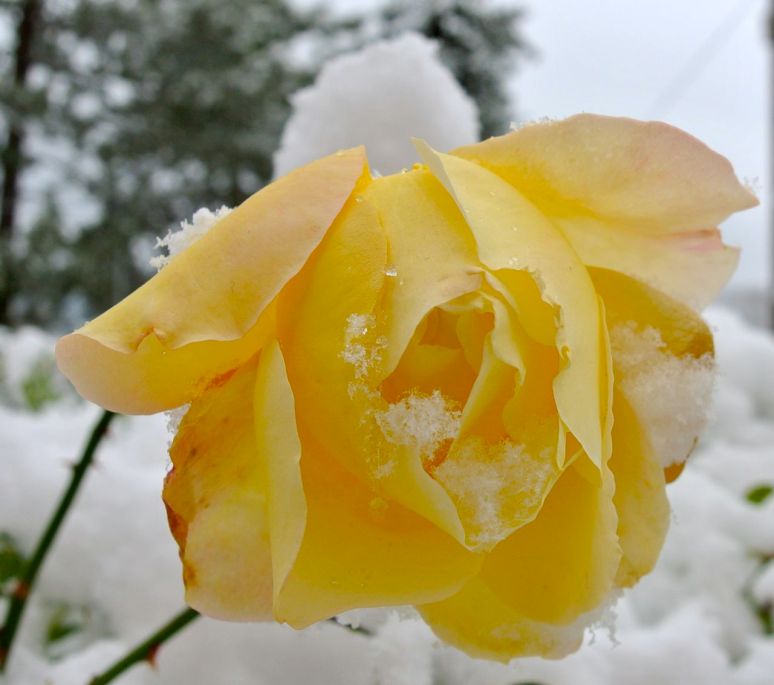 Having sympathised with the roses, I took Cookie for a walk in the snow.  She loves it.  There’s lots of crazy “dragging her belly through the snow.”

And some crazy-dog-fun running around, too.  Whee!

We visited the local lavender field

and then carried on down the bike path.

I think this year’s Christmas card is sorted!  Comtois horse and donkey in Provence : 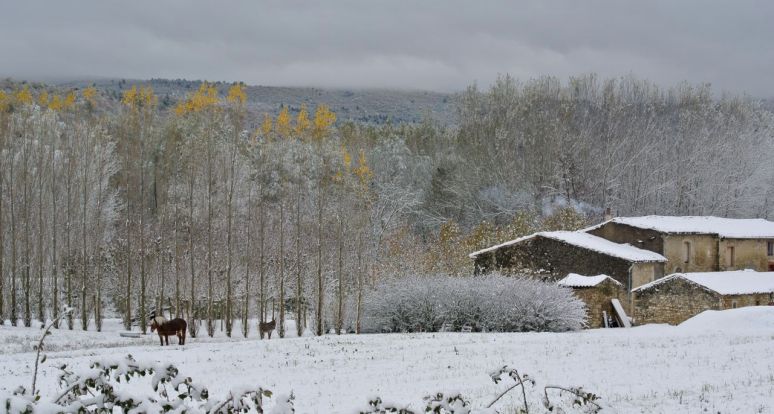 In the afternoon, I went up to the horses.  It was c-c-c-cold up there

I have to confess, I have caved.  Aero is now sporting a pretty blue rug.  By the end of last winter, he had lost condition, but it happened so slowly I wasn’t aware of it.  This winter, he’s going to wear a rug whenever it’s wet and cold or windy. 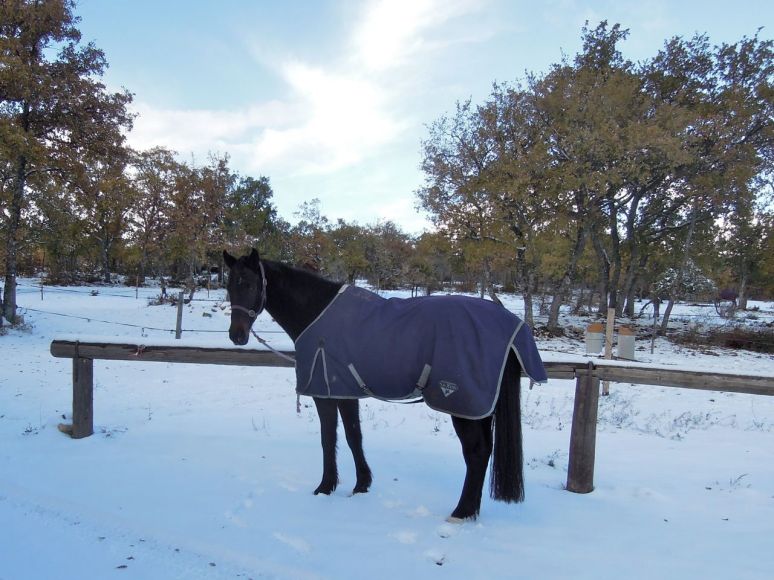 And Flurry?  Flurry is half Aero’s age and has twice as much hair.  He doesn’t need a rug right now.

Anyway, my plan was for some…um…routine maintenance.

Following advice from the Chronicle of the Horse forums, I squidged a bit of KY Jelly Up There and took him off to the round pen for some exercise.  Apparently it loosens up the Guck.  We ran through our Equitation Ethologique stuff.

He was really good and really tuned in to me.  Clever boy!

Then we went back to the stables, I warmed up some water and… um… this lady says it far better than I ever could!

On a side note,  to anyone out there who does sheath cleaning on a regular basis.  Just inside the entrance to his sheath, on the tummy/forehand side, it feels very ridgey and uneven.  Is this normal?  Aero has a history of dermatitis Up There.  I’m reading the ridginess and unevenness as continuing dermatitis, but I’m wondering… I slathered a bit of derma-gel on it anyway… think I’ll check out Flurry tomorrow and see if he feels the same.  Jayses, both of my horses will be getting on to the SPCA…

Seeing as I was on a roll with this routine maintenance stuff, I trimmed his feet too, focussing on rounding off the edges on his front feet where there is some white line separation going on.  I’ve also just started packing his very-deep-sulci with some tea-tree oil soaked cotton wool.  It’s all looking very clean right now, but maybe that’s because of the snow.  I’ll withhold judgement for another week or so.

I took some photos of some of the other inmates enjoying the snow.  First, there was Bubu, the two year old anglo/SF, who was romping around his field, looking for someone to play with.

Next there was Kamsin, an Arabian horse endurance horse, who was convinced my camera was edible. 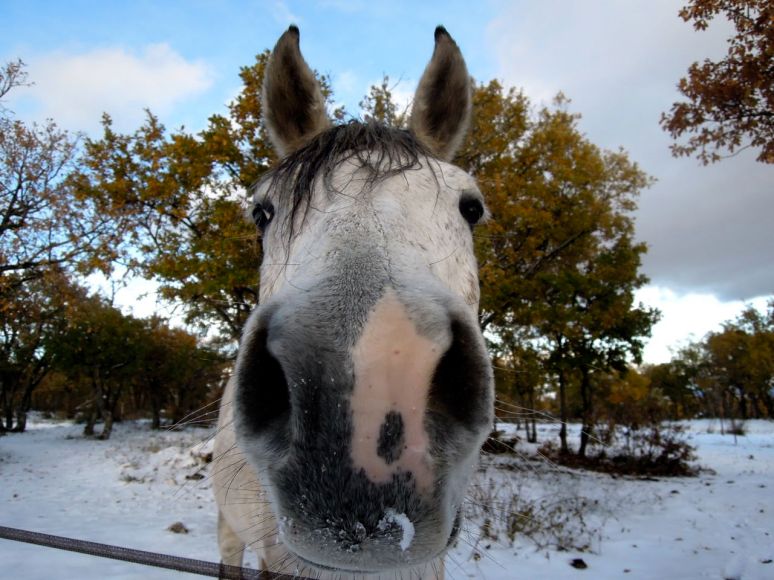 Then there was Max, Alexandrine’s TB who is an Equitation Ethologique star (6th in French championships! Woohoo!)  I think he is envious of Flurry’s moustache and decided to try to make a falsie. 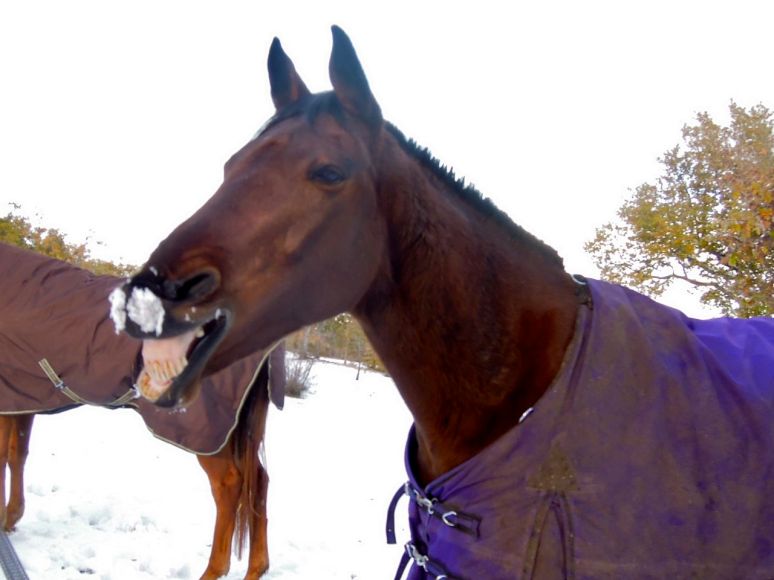 …with Aero saying “I think you have more carrots in your right hand pocket. You’d better check.  Or else.”

PS For more photos, visit Tails From Provence on Facebook.