Thirty years ago, if you said “French drain” to me, I would proceed to describe a large trench, filled with rocks, which gathered water from the drainage channels in our arena and directed it to a huge soakpit (I know all about arena building in a wet climate and what not to do, by the way). 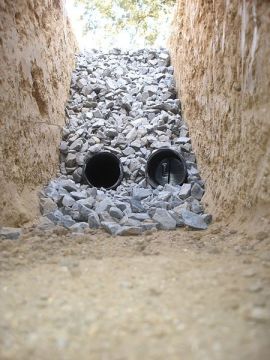 Photo from Wikipedia. Click on image for full article on this type of French drain.

Nowadays, if you say “French drain” to me, I’m likely to go off on a rant about the odour which emanates from the typical French bathroom.  The problem is that French plumbers connect greywater wastepipes  to blackwater wastepipes, so that when the greywater pipes are dry, there is nothing to stop the noxious gases from the village sewerage line or the septic tank from rising back up the pipe into the house.  This isn’t a problem with sinks, dishwashers and washing machines, because they usually have a U-bend which blocks the gases, but, for some reason, shower plugholes over here are not equipped with a U-bend. 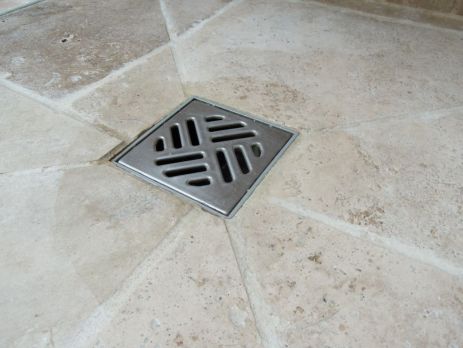 It lurks beneath the shower… the Evil French Drain Monster

In the house we rented last year, the landlady mentioned in passing that there was a slight smell which arose from the downstairs en-suite occasionally, if the toilet was flushed.  “But it’s nothing, really,” she added brightly, “and to get rid of it you just chuck half a bucket of water into the shower.”

Nothing really???  It was vile – a stomach-churning blend of sewage and rotting vegetation, and it stank whether the toilet was flushed or not.  Chucking half a bucket of water down the drain did nothing to temper it.  We kept the window open 24/7 and found that keeping a small bowl over the shower plug-hole helped matters somewhat, but that odour was a large part of the reason we chose the upstairs bedroom in that particular house.

When we came to view the house we’re living in now, one of the first things I noticed was that there was no French drain smell, a big PLUS as far as I was concerned.  Unfortunately, once we moved in, we realised that the landlord must have had every door and window in the house open for hours before our inspection.  The stench was disgusting.  It seemed to seep into every room in the house.  Go out for a walk and you’d literally find yourself retching when you walked back in the front door again.

We tried our bowl trick.  No go.  The shower is floored with natural stone tiles with an uneven finish and the bowl couldn’t sit level on the floor all the way around.  We sought advice from a builder friend and were given the “chuck half a bucket of water into the shower” story again.  Sorry folks, but this does NOT work.

Our bathroom is equipped with a skylight and we had to keep it open for ventilation around the clock, unless it was raining.  This was fine until a few weeks ago, when temperatures started to drop below freezing by night, making the morning shower a very unpleasant (and hasty) experience indeed.

And then my genius husband was inspired.  The problem is now solved 100%.  We can keep the skylight closed and even heat the bathroom, now that the warmth won’t go straight out through the skylight.

The solution?  One of these : 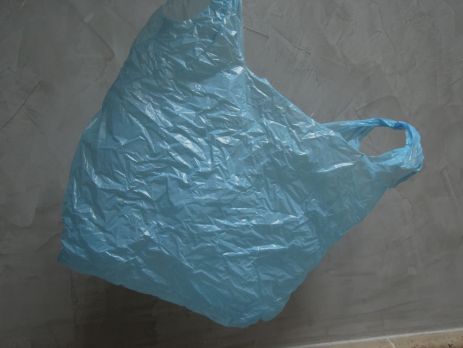 half filled with water thus : 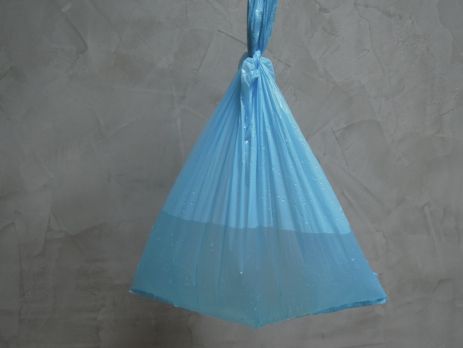 and placed over the shower plughole so : 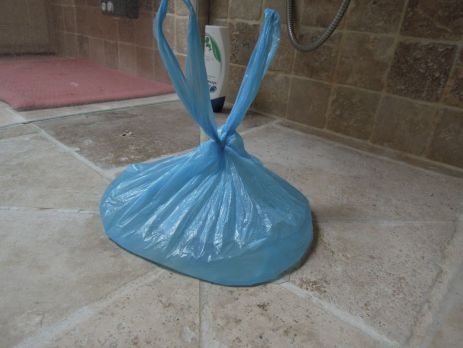 Et voilá.  I’d offer a money-back guarantee, only this doesn’t cost anything.

Do you think we can patent it?