I’m really pleased with how this worked out.

It’s a safe way of storing my work and it’s a pretty way to exhibit my birds.

Each painting is done using a mix of pastel sticks and pastel pencils.

They’re for sale at €70 each plus p&p.  And wouldn’t they make great Christmas presents…. it’s not too early!!

The background music is Sea Fever, written and performed by my daughter Tansy Greenlee.

The lockdown began in France on March 17th and continued until May 11th.  And, if I’m being honest, we’ve continued limiting our social contacts voluntarily ever since. My 86 year old mother is staying with us at the moment, and we really really don’t want her to catch Covid 19.

For the first month of lockdown, I drifted. I was lucky in that I am considered an essential worker, so I was allowed to leave the house in order to work. George and I also made a point of getting out for our one-hour walk most days. Despite these ‘escapes’, I found it hard to commit myself to any projects.  I tried to read, but couldn’t engage with anything. I tried to paint, and again, found it difficult to engage with any subjects. I scrolled through Facebook in a trance, visited the Worldometers covid statistics site obsessively, skimmed through news headlines, played games on my phone, ate too much, drank too much, slept every afternoon, watched crap on TV in the evenings.

What re-ignited my artistic drive was actually the Getty Museum Art challenge. I’d seen some fun submissions, and I was driven to try one myself. I chose as my subject The Great Wave off Kanawaga by the Japanese artist Hokusai. 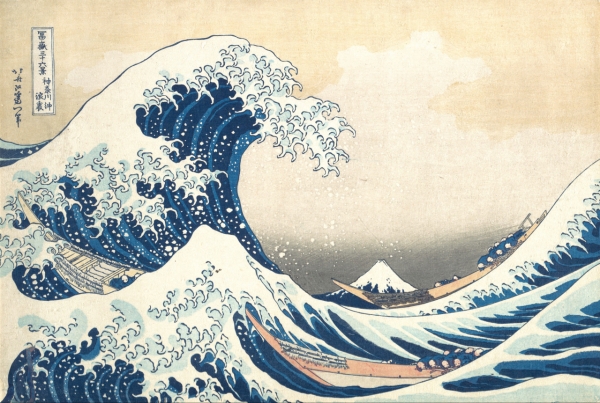 The LSH volunteered to assist, and we passed a fun afternoon laying sheets and clothes out on the terrace, until finally I deemed it acceptable and snapped the photo.

And after that, I settled down better with my box of pastels and decided to try a few birds. I’d done a couple of owls, but I really wanted to use the bright end of my box of colours!

First to land on paper was this guy, who I’d seen on a friend’s Facebook page as I idly scrolled by one day.

I was charmed with him (and somewhat surprised at how well the rose twig worked out. Plants are Not My Thing unless I’m eating them).

I continued. Next was a starling. All those colours hidden in his dark feathers! Then an unsuccessful jay. The body was wrong, although the head was good. I almost threw him in the bin, but something made me hold on to him. Maybe I’d find somewhere for him?

My mind drifted as more and more birds flew onto my empty pages, but it wasn’t until I did a horse (for a change, y’know) that my idea for my paper aviary began to take shape.

Confinement (lockdown in French) was now officially over, and I felt that this guy joyfully plunging into open space described how many people felt. “Déconfiné” was the obvious title. But he needed a foil, an alter-ego.

“Confiné” was born. Fancy mandala work all around the edges. A plunging horse on a dark background, but he’s rough, not finished.

“No matter the grandeur of his surroundings, the confined horse will never be complete.”

I came back to my birds and thought about how the lockdown had affected me personally. I thought about how birds are captured and kept by humans with no thought for what it may mean to the birds. I remembered a holiday on a Greek Island. To get down to the port, we passed through the village. Several people had birds in cages hanging outside their houses. As well as canaries, there were greenfinches and a goldfinch. My heart ached to see these wild birds caged like this. My next bird was a goldfinch, then an angry greenfinch.

I thought about Victorian Britain, and how birds were lifted from hedges and fields to fuel the demand for keeping them as fashionable pets, whose owners loved and pampered them in their little gilded cages. I did some research, and learned what birds were popular at the time. Some were added to my aviary, along with a couple of vagrants who insisted on using up my colours. 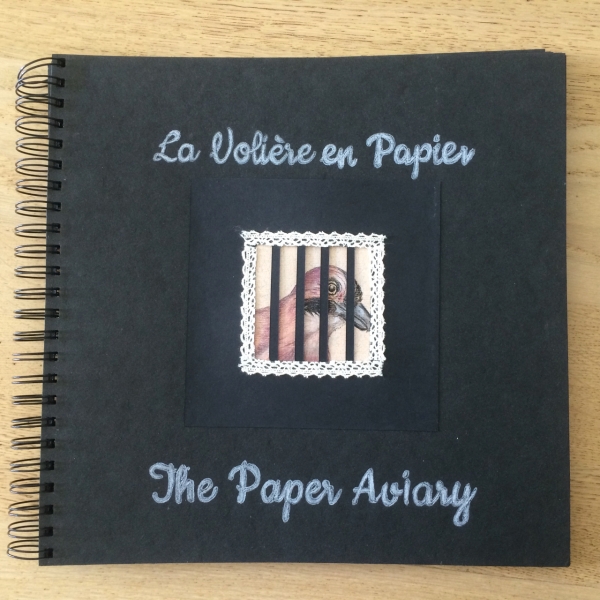 (See how the jay found his place?)

It’s now three-quarters full. I’m going to take a short break from it and work on something different and then produce the final five of twenty. The intention, however, is that birds may come and birds may go from the aviary. They are all for sale (at a price that will surprise you – in a good way!) and when one leaves, his space may remain empty for a while until another bird comes along to fill it.

I’m going to make a video of it as it is so far, and share it here and on Facebook in the next couple of days.

I’m hugely indebted to a number of photographers for making their images freely available and to a couple of Facebook groups for providing an outlet for kind photographers to share their work.

Graham Davies, Bubblesjulie_photography on instagram, George Greenlee, Photos for Artists (Facebook), Free Animal Reference photos for artists (Facebook) and Pixabay have all been important sources for me.

Lazy blogging…. Thanks Katherine, for your support and enthusiasm.

I also ordered a t-shirt, a tote bag, stickers, and a coffee cup for those of us who work in an office where having unique, identifiable mug is a plus. Given that my horse is available as a work of art, I think I was reasonably restrained.

Thank you for reading,
Katherine Walcott