This week’s challenge for Sunday Stills was “Let’s Take a Closer Look.”  Macro time!  My initial reaction was to borrow one of the LSH’s big fancy cameras, but then I decided to see just what I could do with my Nikon Coolpix P300.

I had a very tolerant subject. 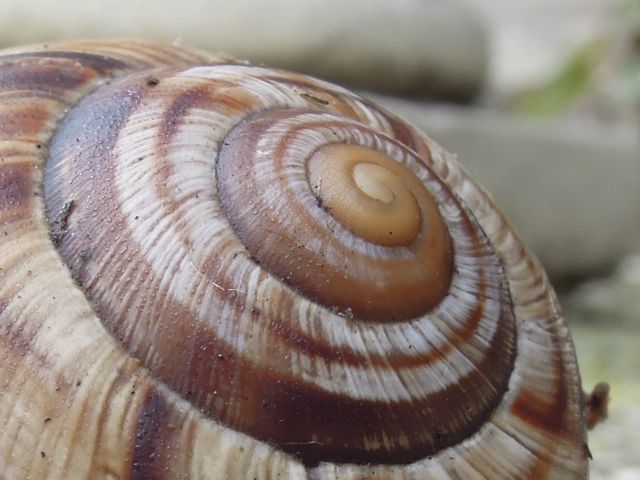 He was a little shy at first, but then the eyes came out for a look around 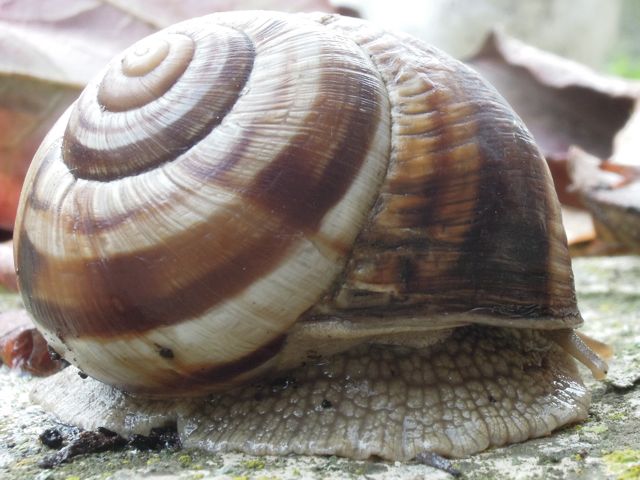 he decided it was safe, and off he went 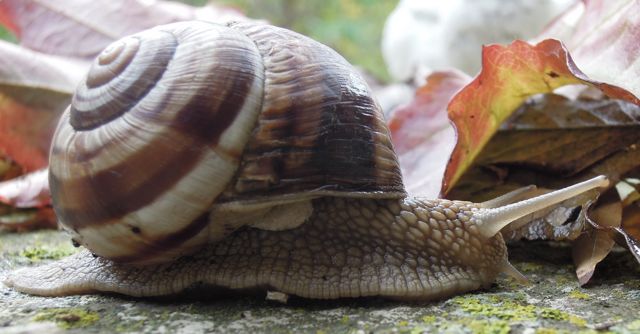 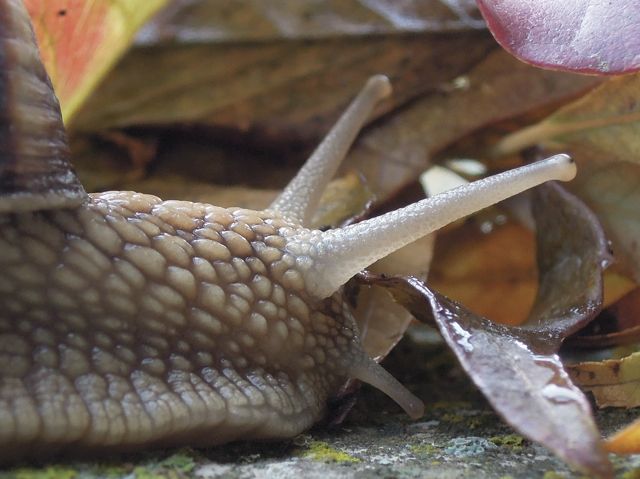 I think this leaf was a map, he seemed to be reading it for a while. 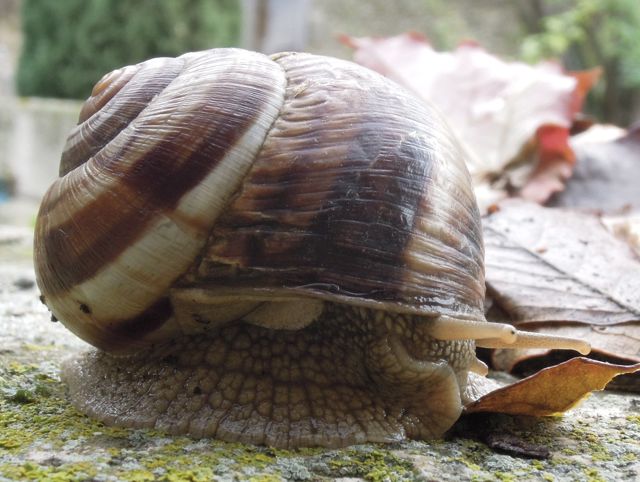 I tried one with the camera’s built-in flash.  I probably blinded the poor chap, but apart from the blown out highlights on the shell, it seemed to sharpen things up a bit.  I think if I could have angled the flash differently it would have worked better, but, even so, it really did pick up the colours. 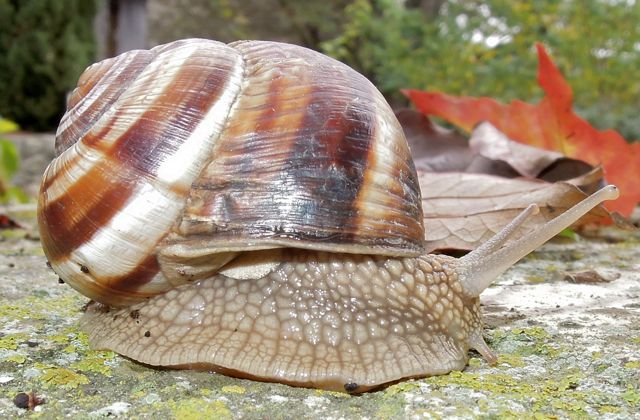 I tried a few “face-on” shots, but was caught with depth of field on the antennae. 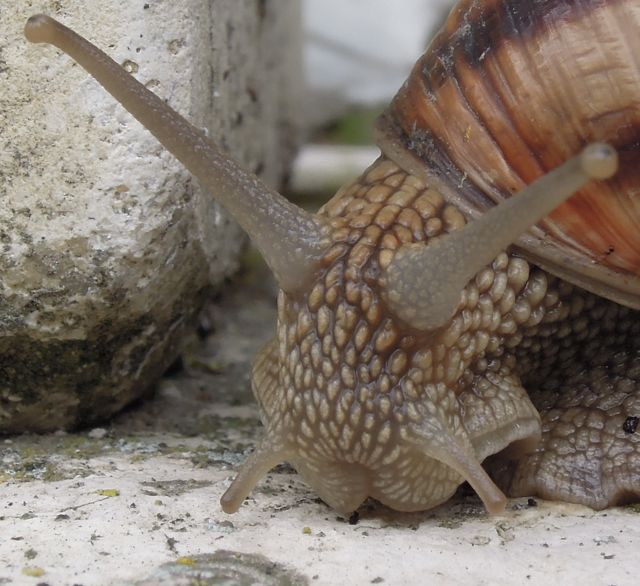 I’m pretty sure that this is the variety of snail that gets eaten as Escargot, but hopefully that fate will not befall my model. 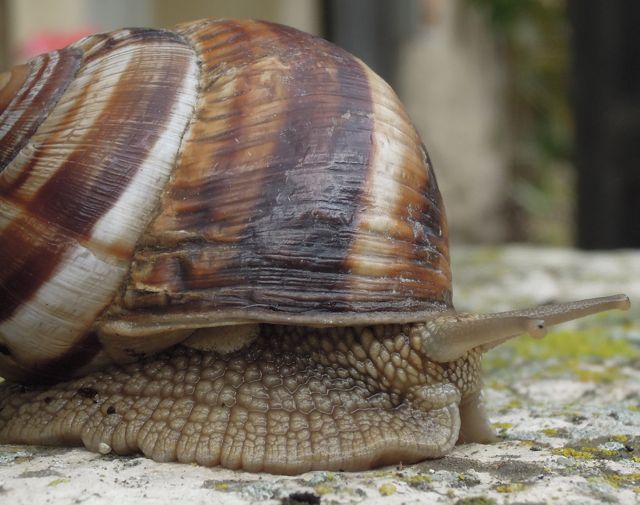 He was released back into our garden, after one final shot beside the iPhone for scale. 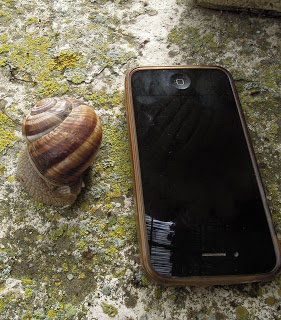