Dear god, what fresh hell is this??

You want me to approach it?

I’ll try, but oh my goodness, those things are scary! 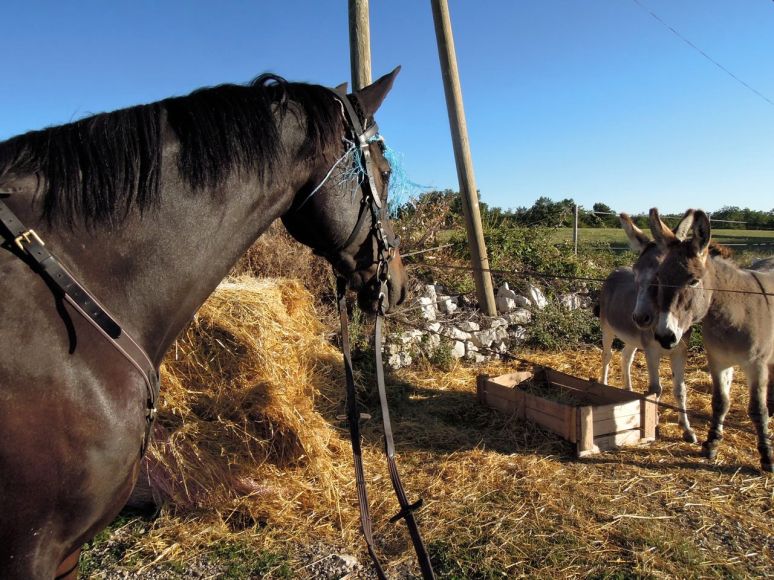 But they’re vaguely horsey, in a strange way…

(Careful you don’t touch the electric fence, Aero!!  Or you’ll never go near another donkey again!)

Aero was exceptionally pleased with himself for putting on his Big Boy Pants and facing up to the new donkeys… until we were about twenty metres away and they started braying, whereupon the Big Boy Pants were quickly whipped off and the Big Girls Blouse made a reappearance!

I had a great hack with J, a friend’s daughter.  She was one of the people who offered to exercise Flurry last year, when I had broken my wrist, but it promptly snowed so she never got to ride him.  She looooved my little Flurry today!  She thought he was going to be a ploddy cob, but he showed her that he’s a lovely forward little horse who likes to stride out in the lead!

It was lovely riding through the woods in the early morning coolness.  Both horses were fresh and keen, but not idiotically so.  For the last ten minutes, we were plagued with divebombing horseflies – I guess we timed it just about right!

I seriously need to get into a riding routine.  I need a goal!!