I am missed, apparently

I met a good friend at Reillanne market yesterday who told me of the crushing disappointment she feels every morning when she checks for a new post from me (this sentence may be ever so slightly exaggerated).

“Have you stopped blogging?” she asked.

No, I haven’t.  I have loads to say and some interesting photos to post.  But an explanation is in order before I proceed.

After our lovely Christmas in Provence with our daughters, we were brought back to earth with a thump on the evening of the 6th of January. The LSH received one of those dreaded phone calls – his elderly mother was slipping away and was not expected to last the night.  As luck would have it, he was already in Ireland and he hot-footed it down to the nursing home in Dungarvan, where his mother has been living for almost three years.

Well, she wasn’t quite ready to go.  She brought the whole family together and kept us all waiting for another seven days – we’re quite sure that she just wanted us to spend time together!  She finally passed away on January 13th, with her sons and daughter at her bedside.

We were overwhelmed by the care given by the staff at the Care Choice nursing home in Dungravan.  They could not do enough for their patient in her final days, or indeed for the extended family.  They provided us with accommodation in the form of two apartments for any of us who wished to sleep there; our own little family room which we took over for eight days; and, of course, endless amounts of tea and biscuits.  When the end came and it was time for Granny Greenlee to leave the building for the final time, many of the staff members and some of the other patients formed a guard of honour and stood in respectful silence as her remains were wheeled out.

There’s not much more to say.  We bid farewell to a wonderful mother, grandmother, great grandmother and mother-in-law.  Her four children spent more time together than they had for forty years and family bonds were reinforced.  And although I felt guilty about it, I personally enjoyed the chance to spend an extra few days with my daughters.  Silver lining to a black cloud, I guess.

I have found it difficult to settle down to anything since I returned to Provence.  My feelings of distraction have not been helped by the weather (it’s been crap) or by the fact that I’m heading back to Ireland this week, to spend some time with my own mother.  I intend to line up one or two posts to publish while I’m gone.  Otherwise, I hope to be back to normal next week. 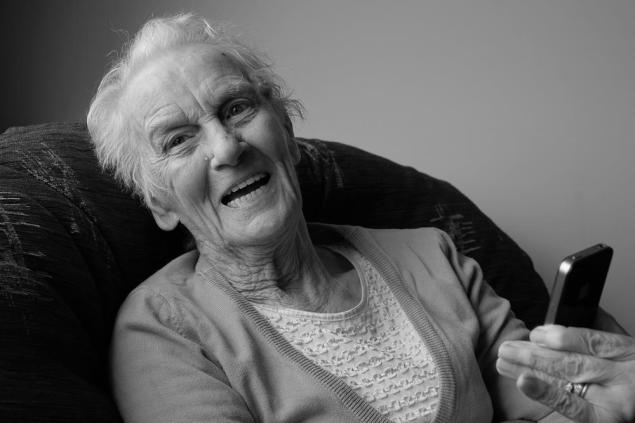