I noticed some weird papery-looking, leafy things in a box in MC’s house the other day.  Being a nosy git, I went over and poked at them.  They looked a little like cape gooseberries, but without the berry part.

What are they? I asked.  Fleurs de Tilleul, I was told.  I already knew that tilleul is the French word for a linden tree, but I had no idea what one would do with their flowers. 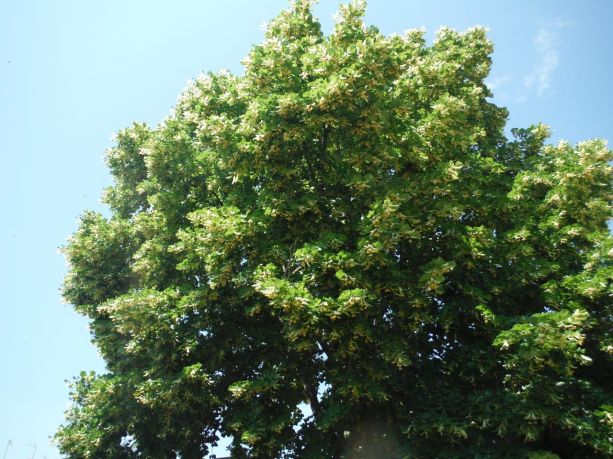 What do you do with them? I asked.  Make a tisane, I was told.  Would I like some?  Cool, why not!  I love trying new things.

We went outside and Georges chopped a few branches off the linden tree that grows up against the front wall of the house.  Each branch was heavy with flowers.  The scent is wonderful – a fresh, green smell which is not too strong and not too sweet.

We then chopped the branches into smaller pieces so we could fit them into the back of the Fiat 500 (Jeepy is in the garage. Again.)

And I spent the afternoon of my birthday sitting in the shade, pulling the flowers off those branches.  This is what a single flower looks like :

The leafy-looking thing is actually part of the flower.  I think it’s called a sepal?

This tisane stuff had better be nice.  I’ve got a lot of it to get through.