Somebody gave me a fright today…

MOOOOOOOOOOOM I don’t feel too good….

There was a lot of digging and a little bit of tummy biting going on. 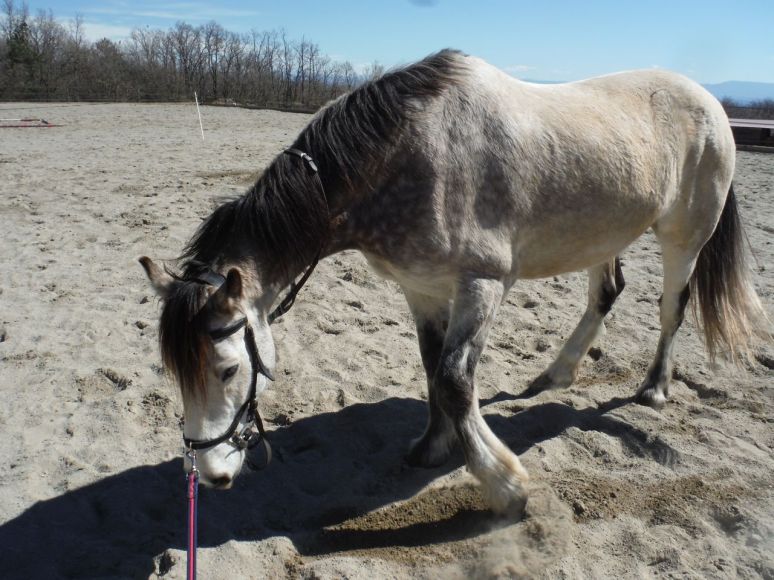 Eventually there was a little roll.  So little that I didn’t catch it on camera. 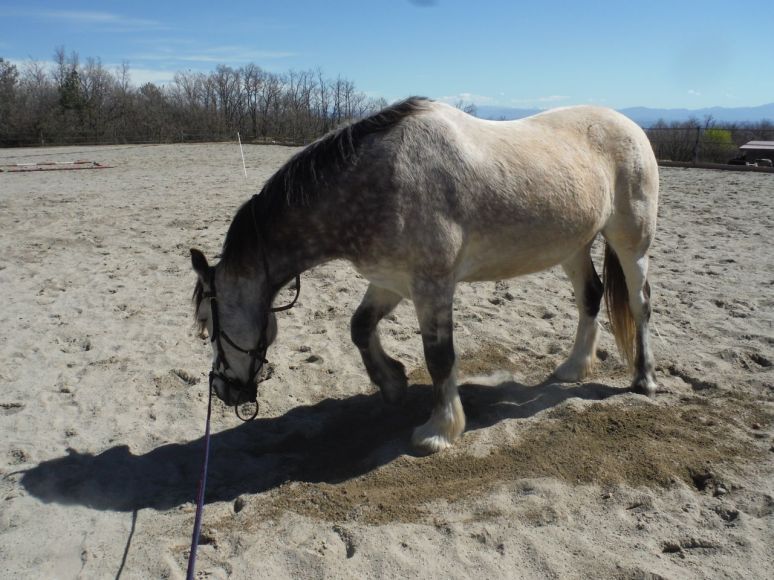 I changed the plan for the day and walked him for about twenty minutes in the arena.  He was so depressed and miserable.  To be clear, Flurry has been a complete gobshite for about a month now, spooky and on his toes while being ridden.  So much so that I’ve taken to lunging him before I ride.  He’s only fed hay, but it’s really good quality hay, plus there has been a small flush of green growth in their paddock since the weather warmed up, so I put his excess energy down to the classic ‘Too Much Food and Not Enough Work.’  We cut his hay by half about ten days ago, but this utter lethargy was not due to reduced food.  This was definitely a mild colic.

I was alone at the farm. I took his temperature (normal) and listened for gut sounds (present, but not much activity).  I called Alex and we agreed that 20ml of Calmagine was a good idea.  I knew where all the drugs and needles were but I DON’T DO INJECTIONS.  I’m a wimp.  And I’ve always had someone to do it for me.

Gulp.  Time to put on my big girl pants… measured out Calmagine.  Swabbed neck with alcohol.  Got clean needle.  Took a deep breath and went TAP TAP TAP on the injection site with the side of my fist, as I’ve seen done a million times.  Stuck the needle in.  Wow, it went in much easier than I expected… Attached syringe, checked for blood on ‘pullback’ if that’s the right term for it… depressed plunger slowly and steadily.  Removed needle, massaged injection site.

Job done.  Boy, am I blessed to have two horses that are stoic heroes when it comes to injections. 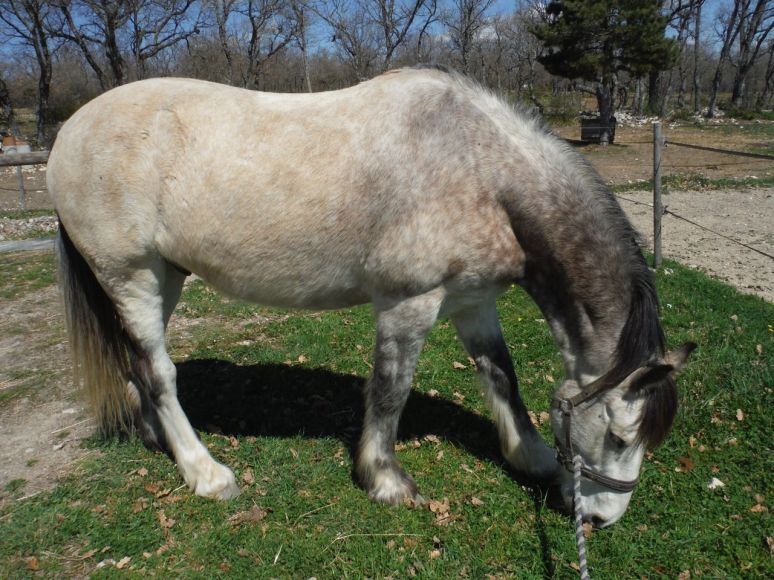 I left the little monster nibbling short grass in a well grazed paddock.  Enough to keep the digestive system ticking over, but hopefully not enough to overload it.  I have to wait in for a package delivery this afternoon but I’ll go and check on him as soon as that arrives.  But I think we’re okay.  Fingers crossed.