Caline and Grisou are the most insufferably photogenic residents at the farm. 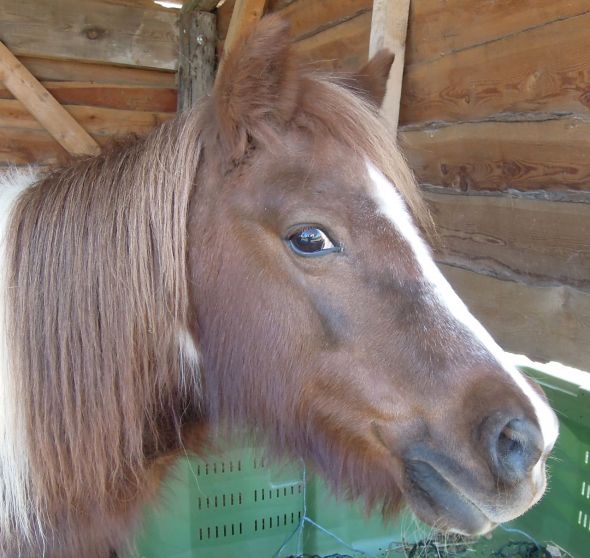 They’ve been living at the farm longer than any of the other residents.  Alexandrine inherited them along with her partner -“Love me, love my pony and donkey” sort of thing.

Grisou is the donkey, Caline is a miniature shetland mare.  It’s hard to know who the boss is – I’ve seen Caline push Grisou away from food, but I’ve also seen Grisou plaguing Caline unmercifully, with Caline putting up with his roughhousing, despite being clearly unimpressed.  She’s a tolerant little lady.  I’ve had to dose her with a painkiller a few times, and she just accepts it like a little trooper.  Grisou is less tolerant of human interference, but he can be bribed to tolerate foot-trimming and similar unpleasant things with a few carrots or a handful of barley.

For as long as I’ve been around, the two little munchkins shared a paddock with Victoire, an elderly TB mare.  But Victoire was put to sleep at the start of the summer – she was diagnosed with cancer a few months earlier, and her owners chose to call it a day before she started suffering with the heat and the flies.

So the two little guys have been on their own for about two months now, and it’s been the best thing for them.  They’ve moved into a smaller paddock, but their food and water are at opposite ends, so they are moving around much more than before.  Caline is laminitic, and the enforced exercise has done her the world of good.  She’s moving better than I’ve seen in ages, and hasn’t needed her painkiller dose for several weeks now.

Their new paddock is closer to the barn, and Grisou seems to enjoy keeping an eye on the comings and goings all day long. 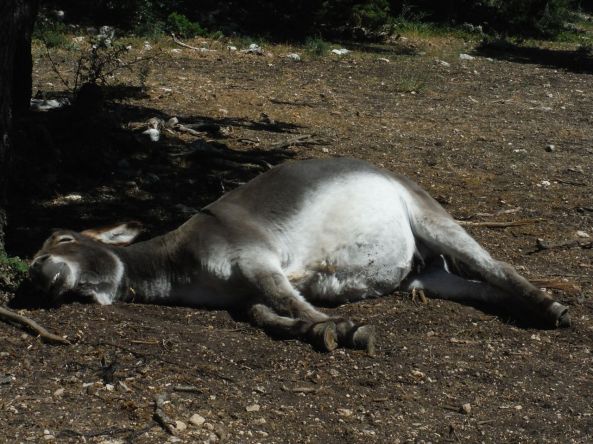 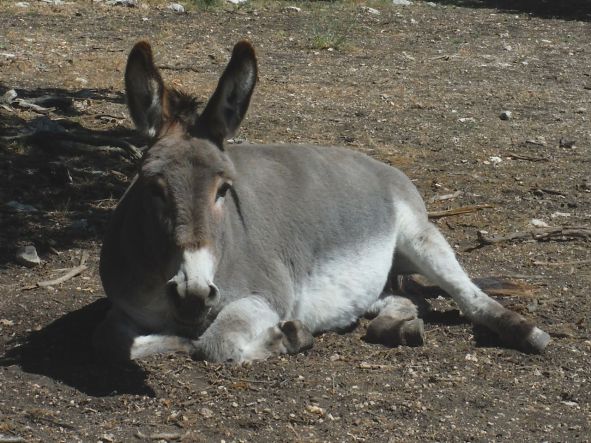 They’re elderly.  I have no idea how old, but they’ve been around a long time.  I hope they’ll be around for a lot longer.

Cute whiskery muzzles in the snow