Just Passing Through – Calando and Naghla

Just Passing Through – an adjunct to the Meet the Inmates series.

(By the way, it’s entirely possible that at least one of these names is spelled incorrectly)

In fact, Calando and Naghla have already passed through – they went home about two weeks ago.  But Calando had horrible problems with his feet, so I got to know him quite well, and Naghla is very pretty, so they are worth including. 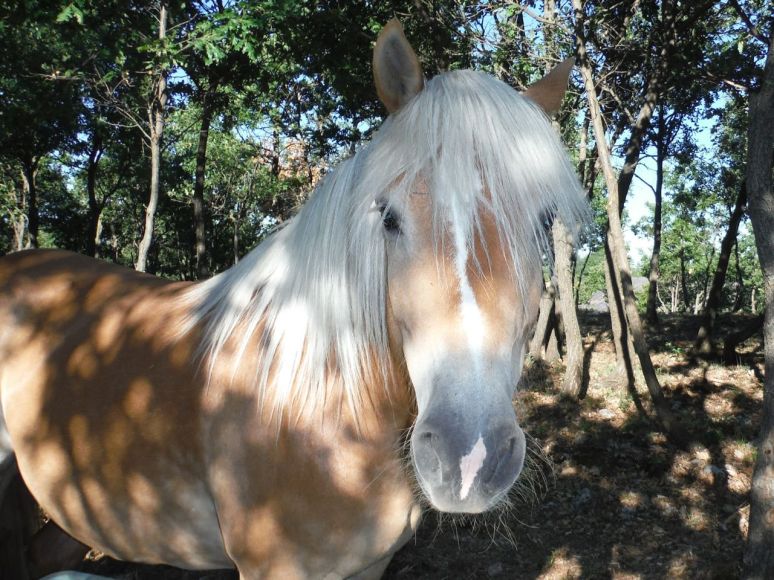 She was bought for her owner’s nine year old daughter.

Yeah.  Big, solid Haflinger mare, hadn’t been worked for several years.  Small nine year old girl.  I’m sure you can all guess how that went down.

Naghla is so pretty and such a good size that I’m sure she will sell quickly.  And I’m sure that she’ll become a solid citizen, given time and consistency.  I just hope that she finds someone who is prepared to put the time into her.

Calando is a Selle Francais gelding.  He’s a fine horse, as we’d say back in Cork!  I’m sorry my photo doesn’t do him justice, he just didn’t want to stand in such a way that the light was good on him. 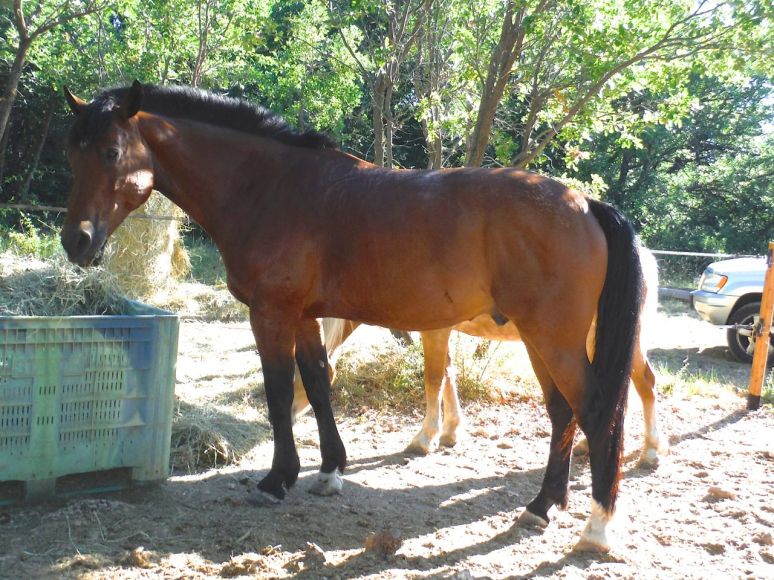 He’s got much more bone than I’ve seen in a SF horse before – big, solid, chunky legs, almost like an Irish draught.

He was a successful show-jumper, until he started to have back problems and didn’t want to do it anymore.  I was chatting with his owner one evening and asked why he had bought him.  The horse was in a downward spiral, he said.  Each time he changed hands, his value dropped.  Ultimately he was going to end up on a truck headed for a meat plant.  So this guy and his wife bought him, with the view that if he’s rideable, that’s fine, they’ll do some light work with him and, if not, he can live out his days in their field.

Lucky horse, to find such kind people when he was on a one-way trajectory to the inside of a can.

I watched him being ridden by Oriane a few times.  He was good in walk and trot, but the minute he started to canter, the tension  and panic arrived.  Whether it was pain or remembered pain is immaterial.  This guy had BIG problems.  He was treated by an osteopath and improved a little afterwards.  At the same time, his owners asked to have his shoes removed.  They want him to live a natural life from here on.  Yes, taking the shoes off is a good thing.  But there is always a period of adjustment, which is easier for some horses than for others.

Poor Calando is one of the others.  Initially, he was very sore all round – not unusual.  Then he abscessed in one of his front feet, but the lameness was masked by the tenderness he was feeling in all four feet.  It wasn’t until Oriane spotted pus and blood coming out at his heel that she realised there was a problem.  At that stage, the abscess had probably burst a day or two earlier – long enough to allow flies to lay eggs in the small opening and long enough for the eggs to hatch.  Yes, it was full of wiggly white things.  Ugh.

So we were treating that foot, when one of the back ones started to ooze at the heel as well, and then the second back one joined in just for fun.  We caught the second one immediately and it was quickly brought under control; it was just a deep fissure in the cleft of the frog.  The other hind foot and the original abscessed foot needed to be cleaned thoroughly every day.  The openings were a good 2 – 3 centimetres deep, so we really had to dig in with a hoof pick to clean them.  After that, we soaked gauze with either Iodine or Cade oil (juniper oil) and packed it into the openings to sterilise and to keep dirt out.  We found the Cade oil to be the best, as it didn’t get washed away with rain and mud (it rained one evening while this was going on) and it also repelled flies.

Calando was a sweetie throughout all the treatment.  Despite the pain he was suffering, he just stood there and let us do what we had to.  It was this attitude that made us realise just how much his back must hurt him when he’s ridden.  He’s such a sweet boy, to react like he does when he’s being ridden is totally out of character.

So I think his future does not hold much ridden work, but I wouldn’t be surprised to see him out and about doing Equifeel competitions next year.  His owners really want to do right by him 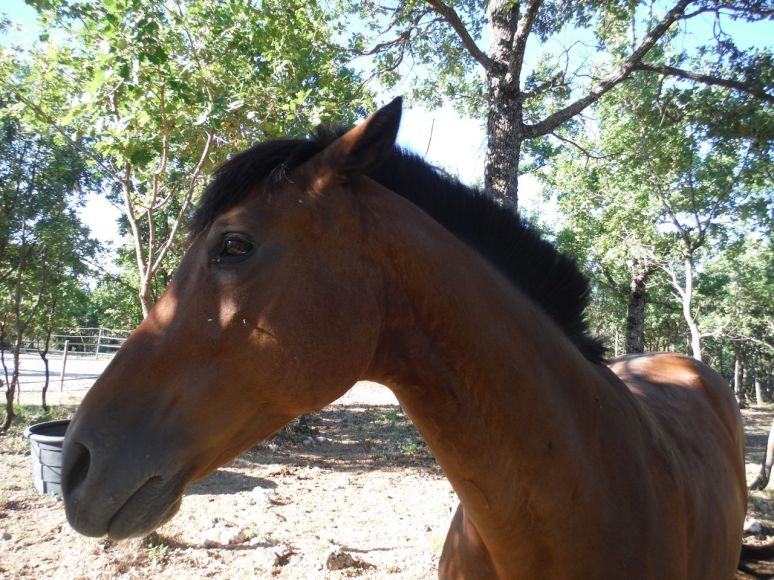