The Woman who Reads Pony Books for a Living

I’d never thought of horse and pony books as a recognised fiction genre, but yes, they are indeed.  Am I the only person to whom this is a surprise?

When I volunteered to review Dream of Fair Horses, the name Jane Badger trotted lightly past me in a couple of emails – Dream of Fair Horses, in its electronic incarnation, seemed to be coming from a company called Jane Badger Books.  Who or what was Jane Badger Books, I wondered (as well as, What a cool name!)  What did this person have to do with re-issuing Patricia Leitch’s old favourites?  Was she a relative of Leitch?  I ruled out this idea straight away, as her website also mentioned a re-issue of Josephine Pullein-Thompson’s books in the near future.  But what was her background?  How did she get into this niche market?  Her website and her blog are devoid of personal information, making me even more curious about her. Knowing that at least ONE reader will be interested in her story (hi meidhbhe!), I asked her PR agent if I could interview her.  A date and time were set, a WhatsApp call was made… 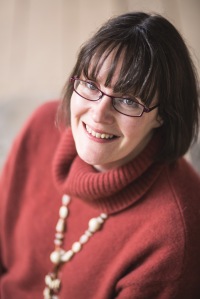 It turns out, Jane Badger is probably the world’s foremost authority in the world of classic pony books.  Titles, authors, character names and horse names rolled easily off her tongue during the course of our conversation, sparking many vivid memories in my mind.  If she was on Mastermind, her specialist subject would no doubt be “The works of the Pullein-Thompson sisters.” But how did she get to where she is today?

Like me, and like a great many of my followers, Jane was a horse-mad, horse-less child. We read the same books and magazines; we played with the same plastic horses; and we lusted after the same Julep models that were priced way way out of our league.  Jane never did get that horse she dreamed of, but she has made herself a cornerstone of the horse world, through her extensive knowledge of equestrian literature, and through her ambition to bring some of her old favourites back into the public domain.

It started off unintentionally.  While on a family holiday, Jane spotted a hardback version of a book she’d read as a child in a second hand shop.  She didn’t buy it, but regretted her decision almost immediately and returned to the shop.  Alas, it was gone, but she saw another old favourite and snapped it up. That was to be the first of many! She soon built up quite a collection, but then realised that there is actually a big demand for these old, out of print horsey books – especially the first editions.  She started buying and selling on e-bay and quickly became one of the biggest dealers in the genre.  But if you look at her website, you will see that Jane is also the driving force behind re-issuing many of these out-of-print favourites as e-books.  How did this come about?

With a somewhat sheepish smile, Jane told me that she got the idea of buying an out of print book that had been a favourite of her late father as a gift for her godfather.  Unfortunately, her godfather’s eyesight was no longer what it had been and the typeface in the book was very small.  She had the brainwave of scanning the book into a PDF file, thinking that the PDF file could be read on a Kindle with a large font size.  Then she had a eureka moment – she could import the PDF into Word, and then export it as a Kindle file. Et voilà – her godfather could read his book! But, more importantly, this was an easy way of re-publishing some old favourites!  Sure, proof-reading is essential, but the system is quick and painless.  She started contacting some of her favourite authors (or their estates) and now has permission to re-release a number of books, and has plenty of others in the pipeline.

Who is buying these books? It probably is predominantly old dears like ourselves, for whom these books are a transport back to a more innocent time, where you could spend the afternoon sprawled across your bed with your nose in a book, and not feel guilty about all those things you should be doing instead of reading.  However, Jane feels that there is a steady demand from younger readers as well, for whom these books can be a form of fantasy fiction.  After all, if children are reading about training dragons and slaying vampires, why shouldn’t they enjoy reading about an idyllic summer spent with ponies in a world that existed fifty years ago?

We discussed the complete lack of boy-girl relationships that’s apparent in all British classic pony books.  I have a clear memory of all relationships being more or less equal and asexual in the books I read.  This is in stark contrast to the later Saddle Club books, where the protagonists could become boyfriends and girlfriends, and indeed compared to the modern-day Defining Gravity series which I have just read (gonna talk about that in a later post!). Was this to do with society at the time?  Probably, but it was a decision that was made by the publishers. In Josephine Pullein-Thompson’s series about Noel and Henry, in the last book of the series, there’s a hint that Noel and Henry kiss (Noel is a girl, by the way. I think a homosexual relationship would most definitely have been a bridge too far in the 80s!).  Well, it turns out that her publishers, Collins, didn’t want any more of the series after that.  You can see their argument – it was a series about children, and now they’re young adults? How did that happen? The Famous Five never had to grow up! But thousands of readers have been left hanging, wondering what happened with these much-loved characters.  Wonder no more – Jane met Josephine, and tells us what she had planned :

Their fate was never committed to print, but Josephine envisaged Henry going off with a dressage rider, but coming back to Noel (who presumably did not judge him too harshly for his defection.)

As well as no romance, there is little evidence of the signs of stress we see in teenagers today.  Eating disorders are not discussed, although the skinny girl who eats an apple a day could be a typical background character.  The only form of self-harm I remember is a quote along the lines of “I like hunting because it’s nice when I stop!” – so yeah, self-harm was unknown back then, or certainly unacknowledged.  There’s no drinking or smoking mentioned in pony books, either, although I’m pretty sure my home town wasn’t the only place where teenagers stole from their parents’ drink cabinets!  No mention of drugs seems fair enough; in the 60s and 70s the only drugs I knew about were alcohol and tobacco…

Other issues which are relevant to all teenagers do come up, though. The bullying, pushy parent; the spoiled, selfish child; the person who has it all, yet is jealous of anyone else’s success.  How hard work will not always win you the prizes you dream of; how to face and accept the loss of loved ones.  So, they are certainly not to be dismissed as pulp fiction for kids!  And I shall no longer feel guilty about still reading pony books into my adult years!

What can we look forward to to fill up our Kindles?

And explore Jane’s old blog for lots of interesting articles about this genre that we love so much! booksandmud.blogspot.com

Best of all, not only is Jane an expert on the world of equestrian literature, she’s also published a book on the subject, which is about to be reissued in Kindle format! It’ll be available from June 20th, and you can read all about it here.

I’m off to pre-order mine…

PS. Some of the random titles that came up during the course of our conversation :

Tan and Tarmac although I was actually thinking about Jump to the Stars (Bobby and Guy, remember?), by Gillian Baxter

No Mistaking Corker, Monica Edwards. And as a consequence, I remembered Cargo of Horses by the same author afterwards.  What an adventure story!

The Jill Books, Ruby Ferguson. Sadly, these will most likely not be issued as e-books.  Jane has not yet managed to track down who owns the rights to this much-loved series.

The Showring Series, Caroline Akril. I’d never heard of these, but they’re already there on Amazon, waiting for me! How did I miss these?

The Silver Brumby, Elyne Mitchell.  I was Thowra for so many years…

Flambards, KM Peyton.  Thanks to Samantha Hobden of Haynet, I finally got to watch all of the TV series a couple of years ago!

Do any of these ring a bell with you? Join me for a hack down memory lane if you can!