Sometimes, I shake myself and think, “Here you are in Provençe, riding your horse through lavender fields and oak woods in the sunshine – do you know just how lucky you are, woman?”

Today was one of those days.  I had already decided to give Aero a day off, which turned out to be a really good idea because he had done a “Flurry’s Beauty Salon” type mud-coating job. 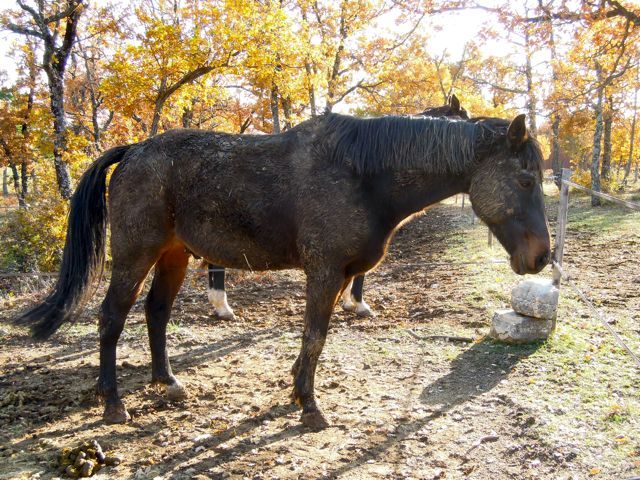 Aero’s speciality is plastering mud all over his face as well as his body. 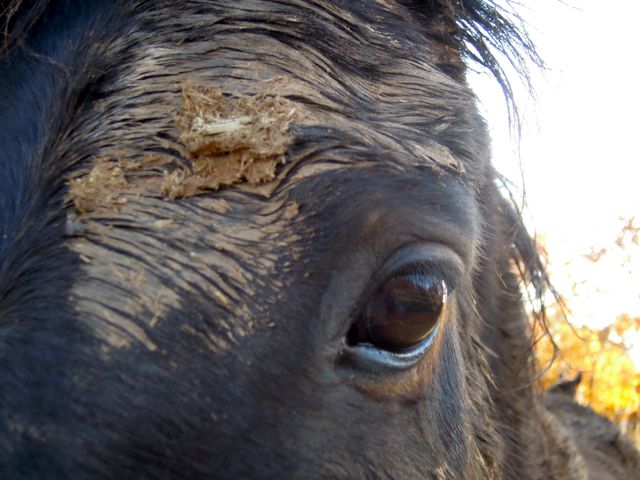 Today, he did both really well. 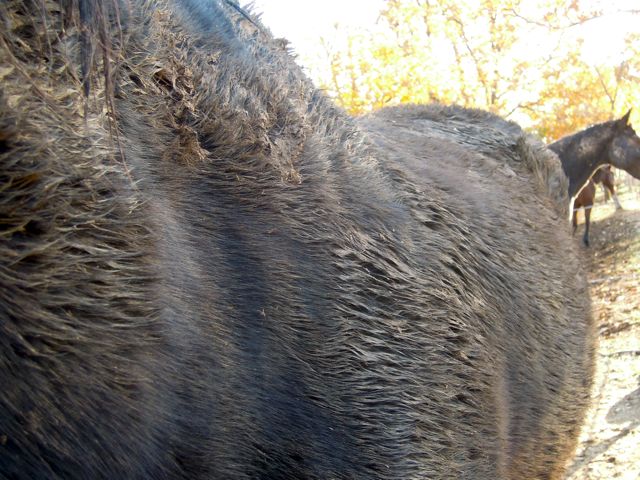 I gave him a pat (from lmel!) and told him he was having a day off, and I took Flurry down to the stables to tack him up.  He wasn’t a whole lot cleaner than Aero… 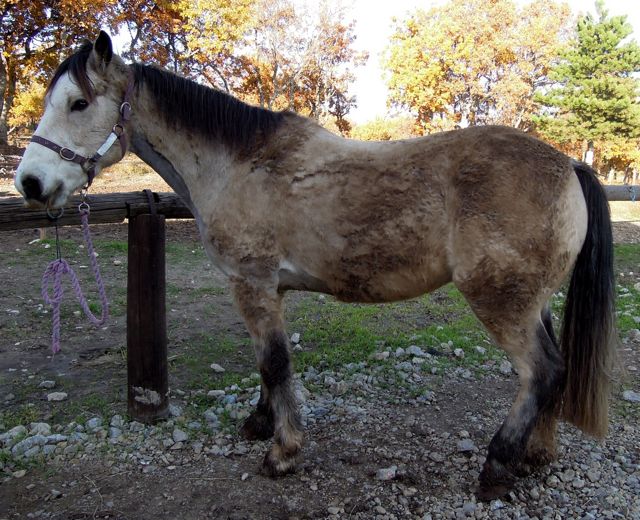 I decided to try him barefoot for the hack.  We set off on a route which would leave us with the option of a short hack or a longer one, so if he was a bit footsore I could cut the ride short, or keep going if he was ok.  He was fine for ages, right up until we started on the second part of the hack, which was through another part of the woods along a gravelled trail.  Unfortunately, at this point he got a bit “ouchy”, so I turned back after about five minutes and took the short route home along the road. 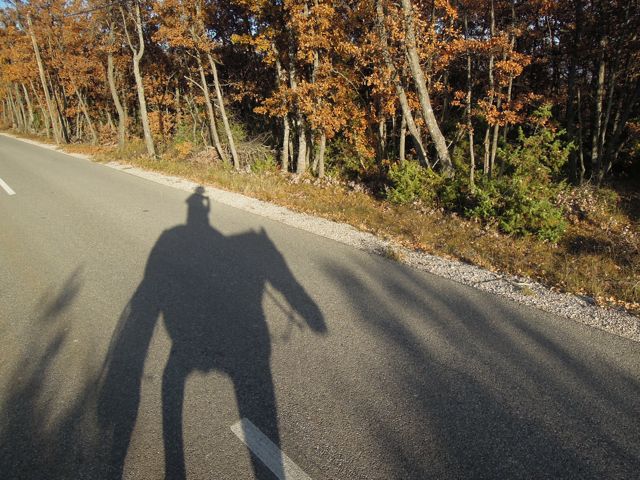 He was perfect on the road, so I think that the chunky bits of gravel were just too much for his bare feet – there’s been a lot of rain recently and their paddock is very muddy, so I think his feet have softened up a bit, unfortunately.

We had started the hack riding through the lavender field and the woods where he had been spooky last Sunday, but he was perfectly behaved this time.  It was while we were strolling through the lavender that I found myself grinning like a Cheshire cat and thinking just how lucky I am to be here, with a super-sensible horse like Flurry, on whom I can just relax and enjoy the scenery.

Just as we approached the gate of the farm, I heard a loud roar and two French Air Force jets flew overhead, skimming the hilltop – not an unusual occurrence.  They were only a couple of hundred metres away from us, though, but my bomb-proof horse didn’t bat an eyelid, and once again I thought, what a sensible horse I have – until we went into the farm and he spooked dramatically at the heap of gravel inside the gate.

Horses, eh.  They’ll always bring you down to earth.