We all got up early on Saturday morning to go for a combined trek/hike.  Poor Cinnamon had to be left at home, because we were planning a 2 – 2.5 hour ride, which would have been too much for her in the heat, but we picked up a follower at the farm when Chips decided to come along, too. 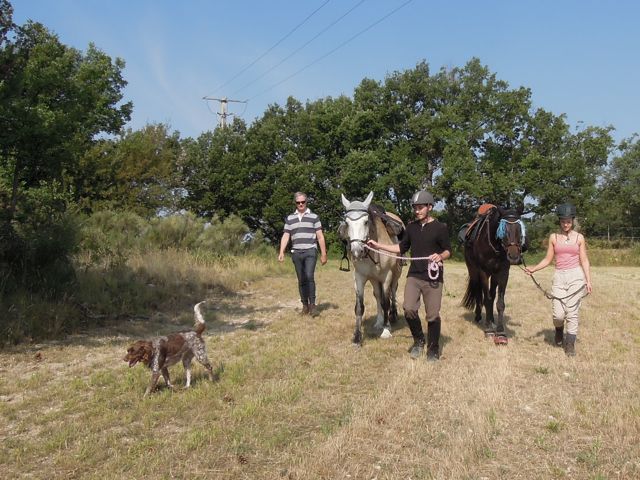 All the gang. From the left, Chips, the LSH, Flurry, Ash, Aero, YD. Cookie was behind the camera with me!

But first, there was hoof inspection.  Both horses are shedding their soles.  Is this what is meant by a False Sole?  It lifted off really easily, so I cleaned them up and trimmed the bars which had suddenly become very high.  Aero’s hind soles weren’t ready to come off yet, so I left them, but he had done a pretty good job of wearing them down by the time we got back to the farm!

What I’m really pleased about, though, is that there is a clear improvement in Aero’s front feet in the last four weeks.

Aero shedding out his sole, July 13 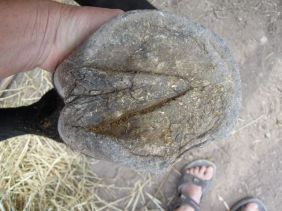 His frogs have bulked up and his heels are finally beginning to open out.  The heel bulbs even look beefier, although it’s hard to be sure with the photo being taken from a different angle.  Is this because I took The Dancing Donkey’s advice and bevelled his heels?

I’ll continue to use his front boots for long rides, but I will definitely be trying him 100% barefoot in the near future.

Enough hoof stuff, what about our trek?

We did one that loops around on the northeast side of the farm.  It’s just over 8km.  Here’s the Everytrail map from the very first time I did it, you can see there’s a big descent and a big climb!

The YD and Ash were riding first, but they led the horses for the first few minutes to allow their backs to warm up.

Then they mounted and we discussed whether I’d lead Flurry for Ash or not.  Or Not was the decision and thankfully they got on great together.  Flurry was the perfect Trekkie, following happily along behind Aero, and Ash wasn’t phased by anything – even when we gave him instructions on what to do if Flurry bolted.

The LSH brought up the rear-guard with our folding bushsaw and disposed of a few pesky low branches. 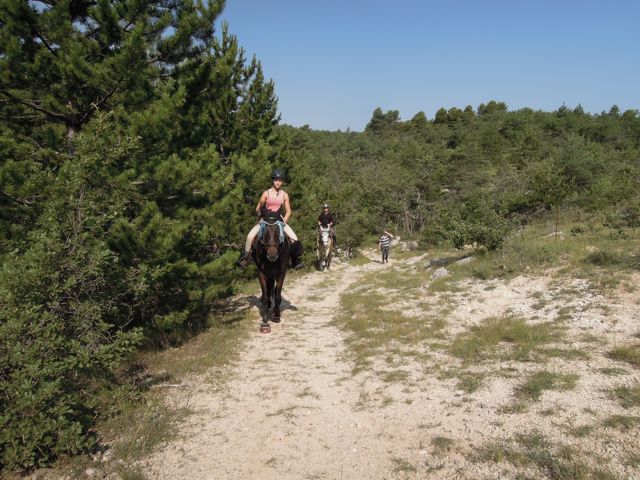 After about 3km we got to a fairly hairy bit, where the trail crosses scree with a steep drop to the right.  We stopped, took a photo (this angle does nothing for my handsome Aero! His back looks about a mile long!) and then the guys dismounted and we all walked for a bit.

It’s the most scenic point of the ride but mostly we were focussing on keeping our feet underneath us. 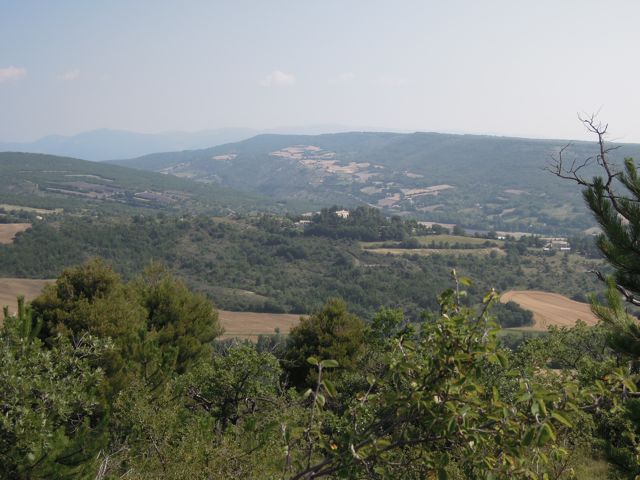 After that, the LSH and I rode for a bit, down a steep trail through the woods.  There was lots of ducking and diving, and no chance to stop and saw off branches – it was just too steep for any such antics.

The LSH very kindly offered to walk for the last stretch, which is a very steep climb, giving the YD the option of riding again.  I refused to give way to Ash, on the grounds that I would probably die if I had to do it on foot.  I swapped on to my lovely little Flurry ♥ and the YD rode Aero.

Off we went, tried a shortcut which didn’t work, backtracked, and eventually arrived back at the farm alone.

The LSH and Ash had decided to stick to the road, seeing as it’s less sheer than the trail we followed and they arrived about ten minutes after us.

Showers were necessary.  For everyone,

but we had to wait until we got home.  We stopped into the local boulangerie on the way for the world’s greatest quiches.  Quelle horreur, they had none left!  We had to make do with sausage rolls and pizza instead.

Nice, but it’s just not the same!

(They really are the world’s best quiches.  Trust me.)

We got home to find a very guilty-looking Small Brown Dog.  Has she wee’ed somewhere? we wondered.

Nope.  It turns out that The Good Dog, the well-behaved one, the one who was not rescued from the gutter but was brought up in a loving but disciplined environment all her life, the one who would never, ever climb on the table, had done precisely that and helped herself to an entire saucisson sec which was sitting there.