I still haven’t figure out Macro on my new camera, the Nikon 1 J2, so I took this one with the Nikon Coolpix P300, with the intention of going out later in the week with the other camera. 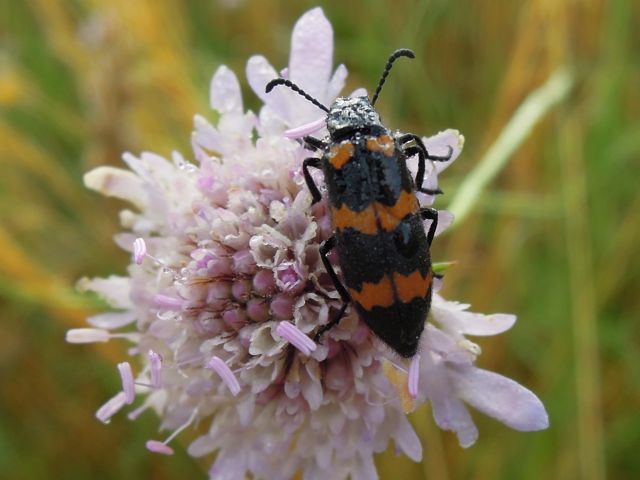 Opportunity knocked, though, in the shape of an enormous Stag Beetle which blundered its way into a party.  I suppose you could say he gate-crashed! 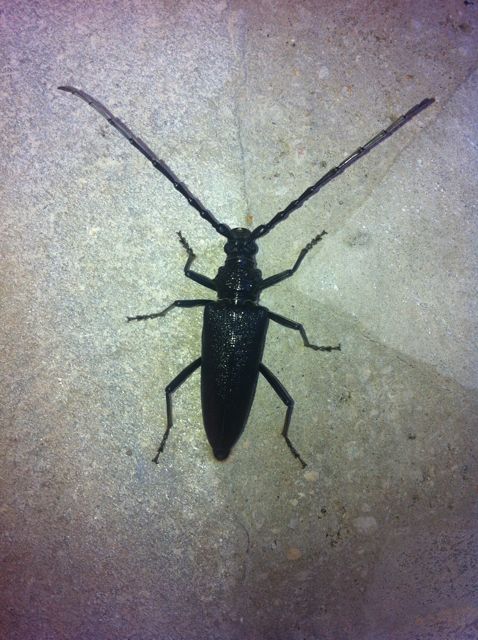 But the bad news was that I didn’t have either camera on hand, although I did have my iPhone – all was not lost.

I was really pleased with this photo : 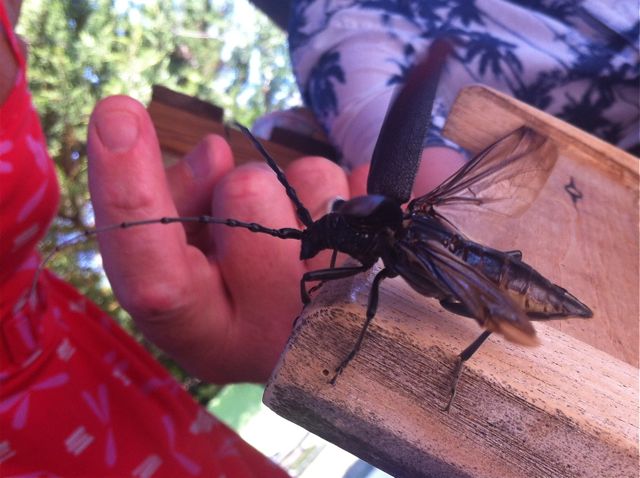 …but it was one of those pure random chance shots.  I was trying to get a picture of the beetle sitting on the back of the chair with my husband’s finger for scale.  I pressed the “shutter,”  but the iPhone was so slow that by the time it captured the image, the beetle had opened his wings!

I was happy that I had enough for this challenge and then Ash arrived in on Friday and said “Look at  this!” 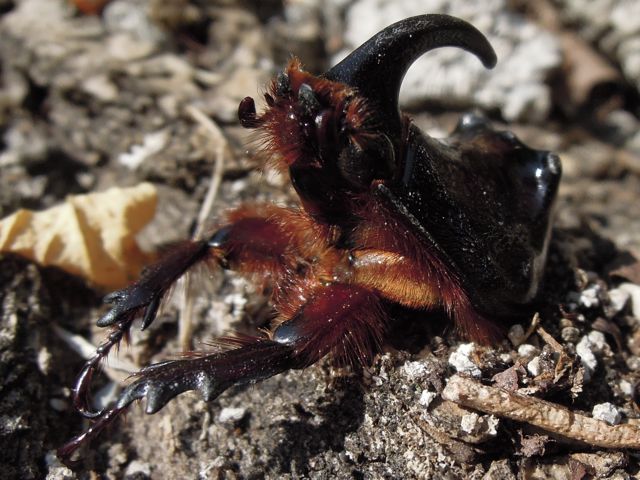 Well, it’s actually only half a rhinoceros beetle, but it’s still pretty cool!  These guys must be BIG when they have the rest of their body attached, here it is with a 5c coin for scale (the same size as a US 1c coin). 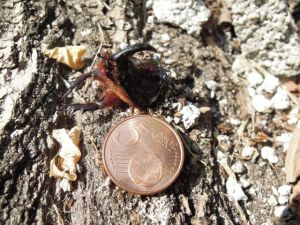 I’d love to see a complete one stomping around in the wild!

For more great bugshots, visit Sunday Stills and see what everyone else posted.