The LSH’s exhibition opened in Forcalquier on Friday night.  It went very well, with lots of interested people popping in to Speakeasy over the course of the evening. 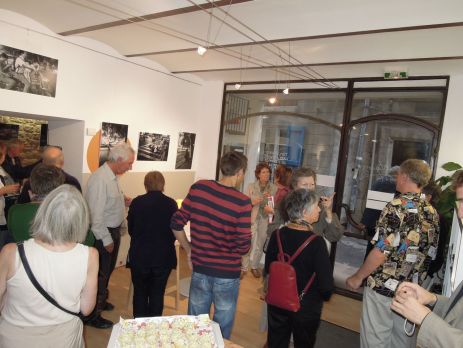 Someone was needed to man the gallery on Saturday morning – the LSH was committed to doing something else – so I volunteered.  While I was out with the dogs that morning, though, there were gunshots ricocheting around our valley, scaring the pants off poor Cinnamon.

I’ll bring her with me.

It’ll be much quieter in Forcalquier.

She’ll be better off with me, rather than staying here being scared all morning, especially with her dodgy heart.

The morning passed peacefully until, all of a sudden, I heard “RAP-TAPATAPATAPA-RAP-TAPATAPATAPA” and looked out the window to see a strangely dressed man marching up and down the street outside, bashing a drum as he went. 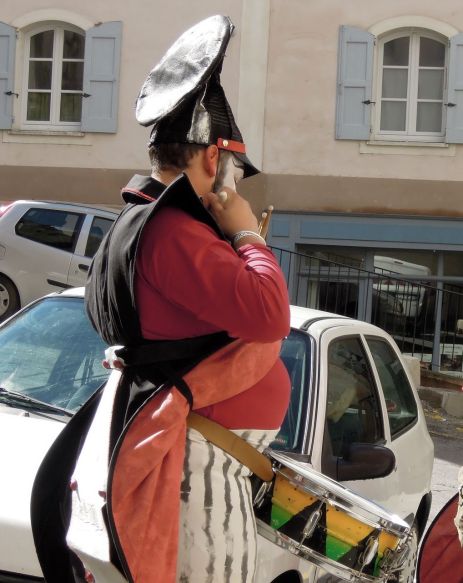 I followed him, Cinnamon in tow, and found this lot just around the corner : 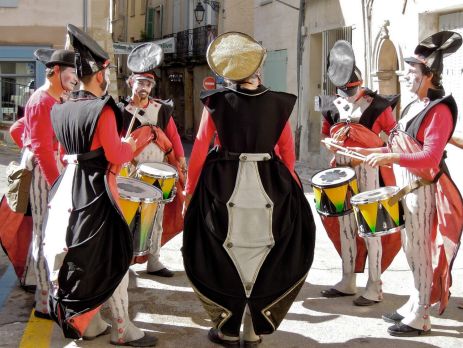 After a few last-minute costume adjustments, 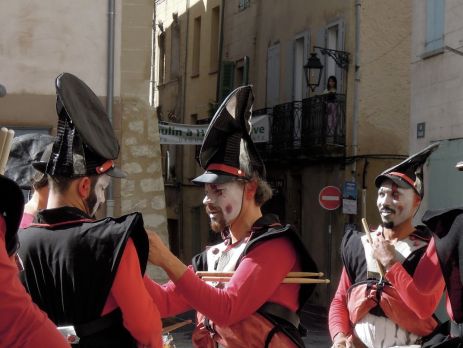 they were off, led by the Grand Poobah himself. 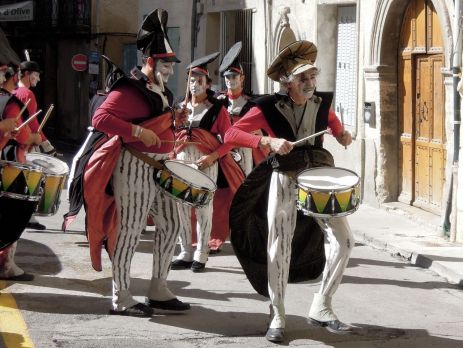 Cinnamon wasn’t at all bothered by the drums, so I followed, thereby failing pathetically in my role as gallery supervisor. 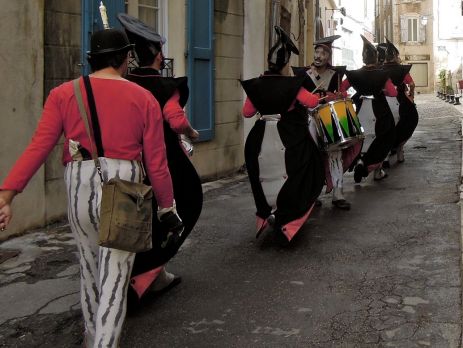 But how often do you get a chance to see something like this? 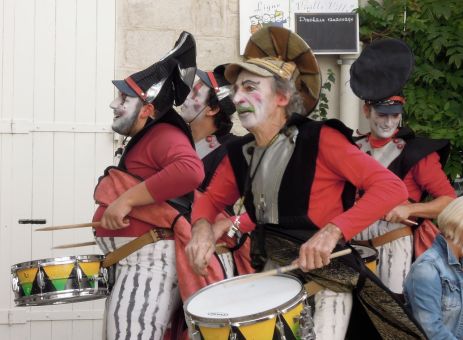 They marched around the Place St Michel, dancing around diners and pedestrians 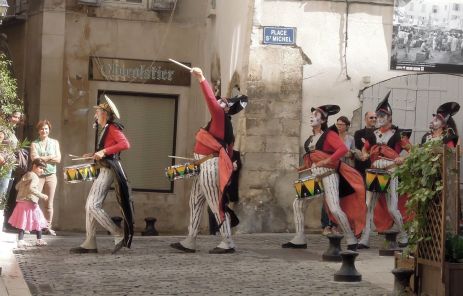 …and all would have been fine, if it wasn’t for this gentleman… 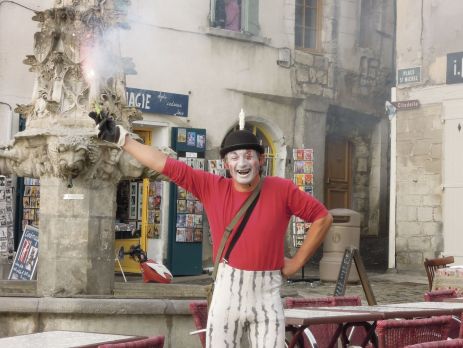 …who started letting off fire-crackers right after this photo.

We beat a hasty retreat back to the safety of Speakeasy.  I’m quite sure poor Cinny would have been less traumatised if I had left her at home.

For more Provençal unPredictability, have a look at Unpredictable Provence 2!