Little Amante jumped the queue of impending ‘Meet the Inmates’ posts by breaking his automatic waterer last week.  I’m pleased to say it was quickly repaired.  When I went to feed the horses that evening, it looked like this once again. 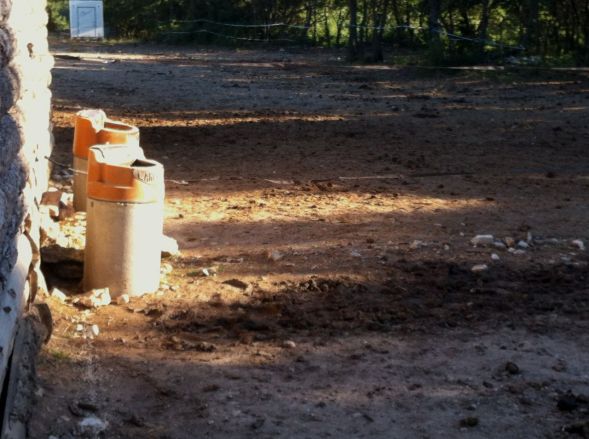 Anyway, after the little guys (Grisou and Caline), the next horses I see every morning are Bubu and Galion. They’re also the first stop on the ‘Tour de la Ferme’ which I usually make in the Jeep.  Sometimes I use the quad and very, very occasionally I have used the Fiat 500.

Galion is another retiree.  I think he was 18 when I arrived, which would make him 22 now.  His Mom was still riding him a little when I arrived, and she joined me for one hack, long ago.  Galion did a lot of dressage in his working life, so he found the forest trails a little strange.  He clung to Aero for security, which was a wee bit ironic given that Aero was not exactly a woodlands boy at the time!  But that was the one and only time I’ve seen him ridden.  His Mom had a baby two years ago, and that was the end of her riding, for the time being anyway.

Hurry up and feed me, woman!

He’s the boss of the two, and likes to steal Bubu’s food if he possibly can.  So sometimes I have to separate them while they eat, depending on whether Galion has interesting goodies in his feed, like carrots or apples or a handful of coarse mix.  He’s another one who’s difficult to keep condition on in the winter.  At times he just seems to lose interest in his food and ends up leaving half of it for Bubu.  Bubu’s owners aren’t too happy about this because he can be a bit giddy when he gets too much food! 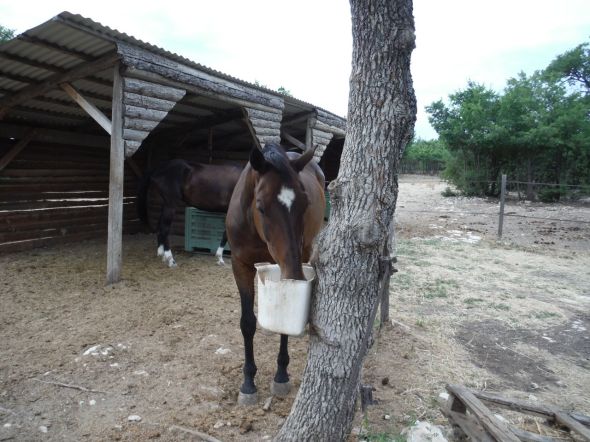 Galion went barefoot late in life, maybe three years ago.  It took him a while to adjust but he’s comfortable now and his feet seem pretty good. 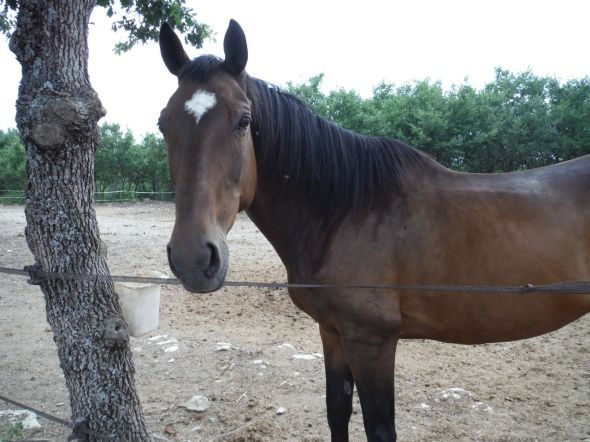 Why are you hanging around now we’ve been fed?

Galion’s Mom also happens to be my osteopath.  She’s great!

Bubu was a skinny yearling when I arrived.  I’m surprised (and sorry) that I don’t have any photos of him when he was a baby, because he has grown into a stunning boy. 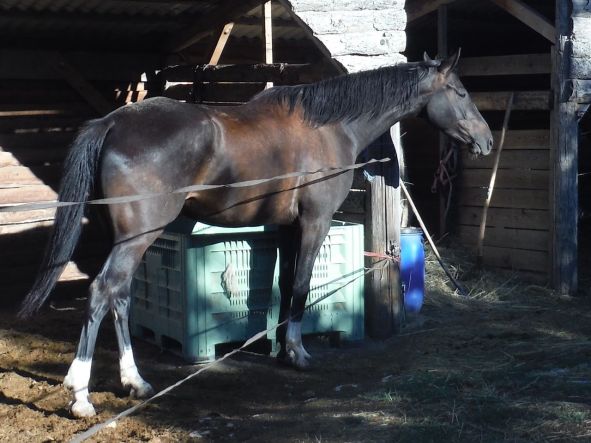 Really hard to get a good photo of this boy! He never stays still!

He’s the son of Victoire, who used to live with Grisou and Caline until she was PTS at the start of the summer. 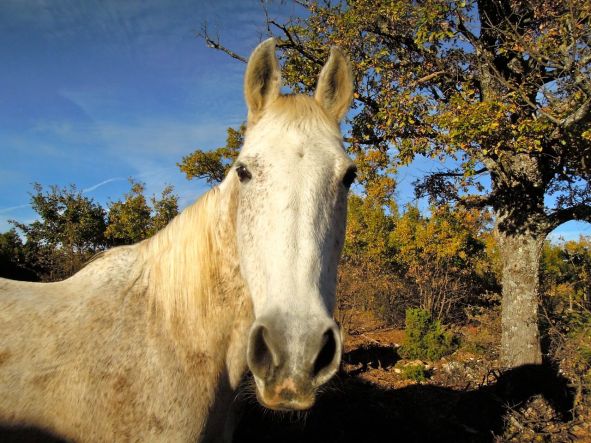 Bubu’s owner has broken him herself, with help and advice from Alexandrine when needed.  She has taken her time with him, which is always a good thing.  It took him a long time to mature but, this year, he has finally developed an adult mind and is working very well now.  Alex has hacked him out, but his owner has yet to do that – hopefully in the autumn, when the weather has cooled down a bit. 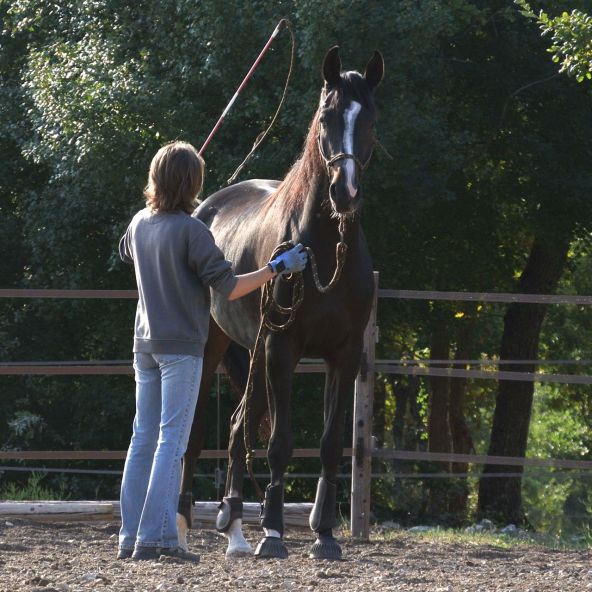 He attended the clinic with Pauline Beulze last autumn and was very well behaved.

The long-term plan is to do some dressage, but basically he will be a ‘pet’ horse for life.  If his family treat him like they treated his mother, he can look forward to a long and comfortable life. 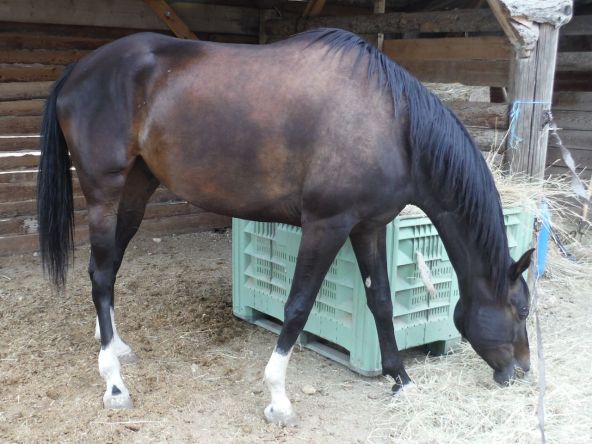 The hay on the ground is always more interesting than the hay in the feeder. Funny, that.