I’ve mentioned Elayne here a few times over the last year.  There was the trip to London last August, her own (first ever) blog post about the London trip and, more recently, there was a trip to our old stomping ground when I was back in Ireland last February.

We were both very excited when she arranged to come over for nine days, starting last Tuesday.  I met her at the airport, and we were straight back into laughing and chattering as usual.  I was looking forward to showing her around some of my favourite haunts, and in fact I hauled her up the Luberon the day she arrived – it looked like Tuesday might be the only dry day of the week and I wanted her to see the spectacular views from the top. 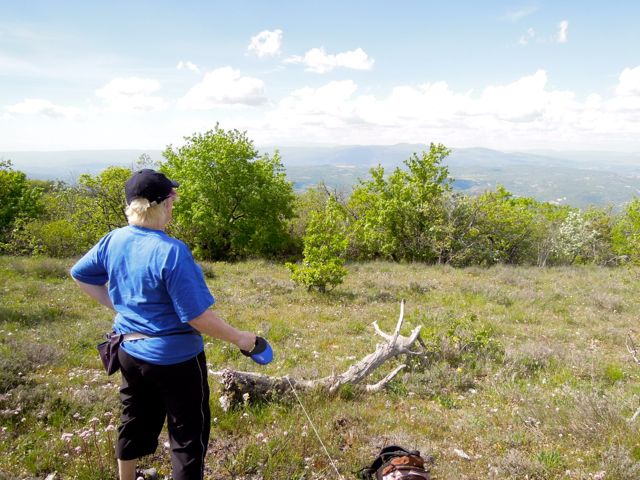 Elayne on top of the Luberon

Muguet – lily of the valley, growing wild on the mountain top

The following morning, we went to Forcalquier and had a nice wander around the town, followed by lunch with friends : 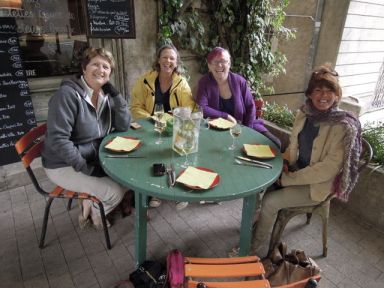 Unfortunately, the man upstairs had other ideas – her elderly mother passed away on Wednesday night, forcing her to cut her holiday short by five days.  Today I dropped her at the airport in Nice, to fly home for the funeral tomorrow.

Promenade Des Anglais and the beach at Nice

We both hope there will be a next time, but times are hard.  Fingers crossed she can come here again.