Our plan was to travel in the cool of night – easier for the horses, not so easy for us 😦

By 8pm, we were loaded up and on the road!  It was great to be heading off into the unknown again, with my trusty trailer behind me!  The LSH and I were taking Flurry and Quieto.  Max, Spirit and Neros were travelling in the truck with Alexandrine and MC. 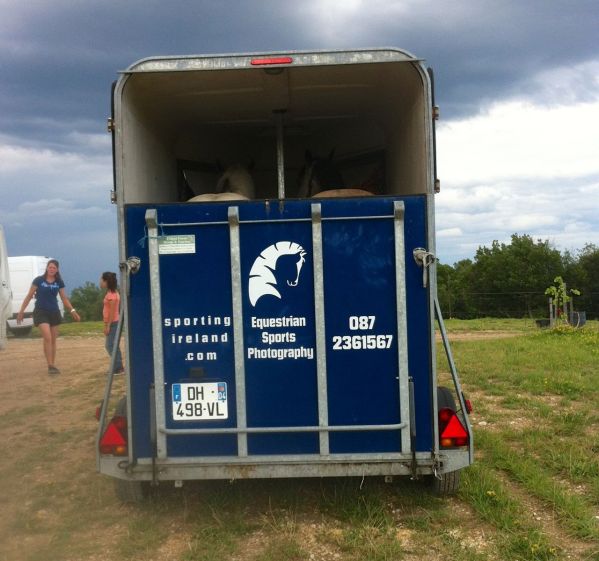 Anyway, the journey took exactly 10 hours.  6am saw us pulling into our campsite at the tiny hamlet of Le Rabot, just outside of Lamotte Beuvron where the Championnats were being held.

The lake at our campsite

We were all wrecked – except Boy and Girl, of course.  But we needed to settle the horses, so everyone got to work. 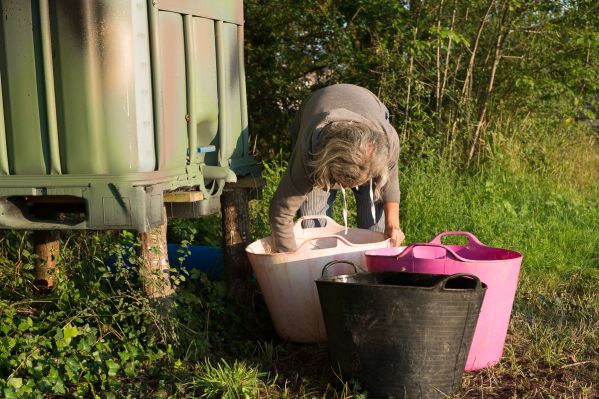 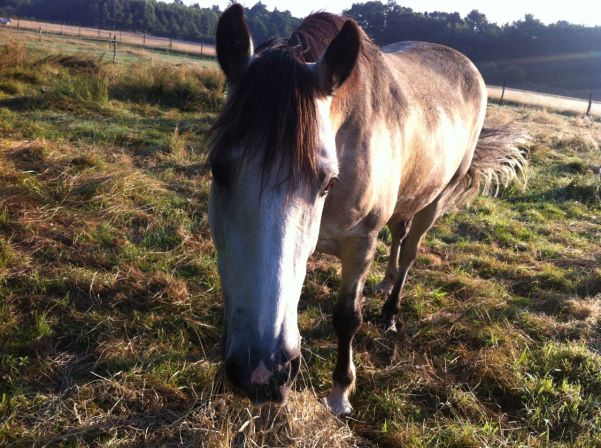 …and distributing hugs where needed. Especially after Flurry tried to kick the sugar out of Quieto, forcing us to separate them.

Finally, we left them in the early morning mist…

…and went to bed for a few hours.  In the afternoon, we went for our first look at the Parc Fédéral, the venue for the Championnats de France.

I knew this was going to be big.  I knew it had to be bigger than any event I had ever witnessed in Ireland.  Even so, I was totally unprepared for the scale of it all.

The Parc Fédéral is huge.  There’s 25 hectares (62 acres) of competition arenas and 25 hectares of cross country to start with.  That’s three indoor schools, ten huge jumping arenas, five dressage arenas, nine horse-ball fields, two polo fields, a sand gallop and a ring for driving marathons.  On top of all that, there’s various lunging rings, more than 500 permanent stables, acres of temporary stables, three restaurants, a huge administration complex and another 20 hectares of parking space.  AND THIS IS FOR RIDING CLUB LEVEL STUFF!  AIRC members, sit up and take notice!

We were there during the second of two weeks of competition.  All the Pony stuff takes place the first week, leaving the second week for adult competitions and ‘fringe’ events (like Equifeel.  That’s us).  They had just short of 15,000 different riders taking part over the course of the two weeks.  This makes the Generali Open de France the world’s biggest equestrian competition – it’s in the Guinness book of records since 2012, when there were a total of  13,838 competitors.  The Parc Fédéral itself is the third largest equestrian competition venue in the world, after Lexington (US) and Aix-la-Chapelle (Germany) so yeah, I was walking around with my jaw on my chest.

The Parc Fédéral was conceived by the French riding club movement and developed by the Fédération Française d’Equitation (FFE).  The FFE clearly take their club riders very, very seriously.  They are recognised as the cornerstone of French equestrianism and I think this is reflected in the number of people who participate in horse sports in France – one out of every hundred French people ride regularly.  And why wouldn’t you, when you have a championships like this to aspire to?

We went to the vast manège where our competition was to take place at the weekend, to be met with the sight of a bunch of young people sitting on ponies holding bows and arrows.  The Pony level Tir à l’Arc à Cheval was just about to start. 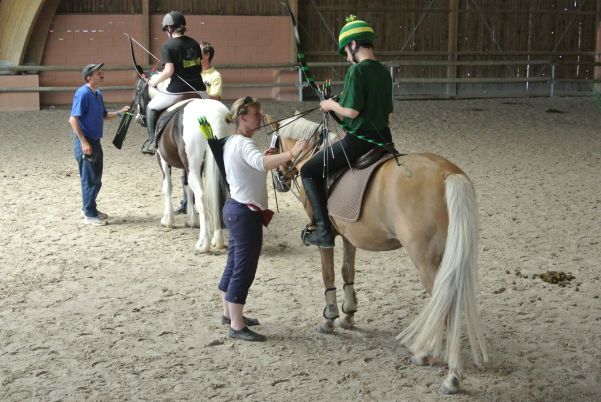 We watched for a while.  The secret seems to be having a pony with a nice, regular, sedate canter.  This gives the riders time to shoot off three arrows – one on the approach, one when level with the target and one on the getaway.  This little chestnut pony was very steady and his rider scored a couple of bulls-eyes. 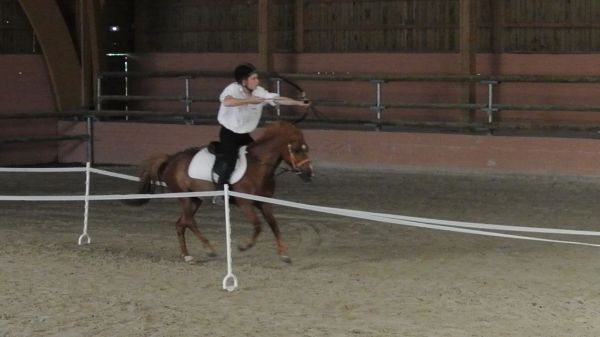 The pretty palomino was a bit too fast, unfortunately. 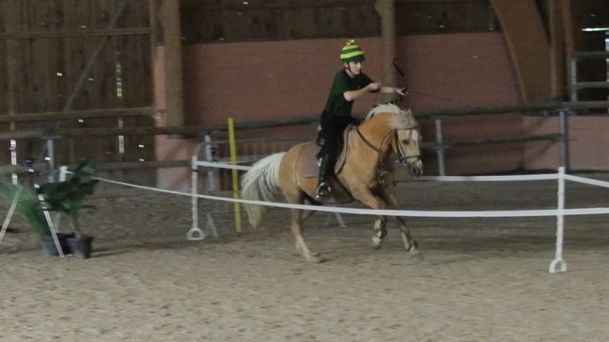 They looked the part, though.  Very Robin Hood, all decked in green.

There was show-jumping and dressage going on, but I can see that sort of thing in Ireland, so we went off to watch a driving class.

It was the driving equivalent of cross-country, where they have to manoeuvre around a series of tests – up and down, a bridge, weave in and out of stuff, go into a trench and get back out again…

It was the pairs class.

One of the pairs was, shall we say, different… 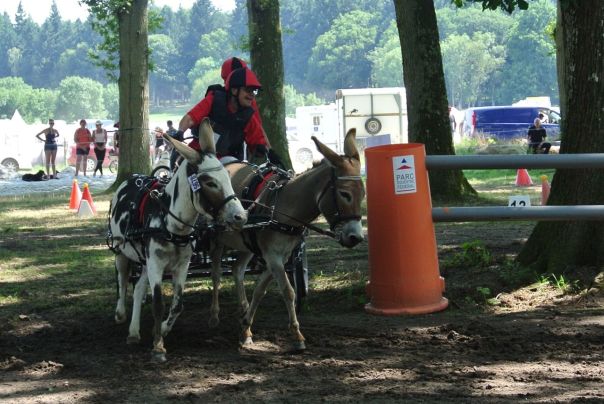 Our all-night drive was beginning to take its toll on our bodies, so we left once this class finished.  We were all in bed asleep by ten.  Except for Girl and Boy, who had bought multi-coloured rubber bands and set up their very own sweat shop in their tent.

By morning, they had a lot to show for their work and we all had bracelets that matched our horses and our outfits!